LG Electronics and ONE Championship Unite for Sport, Entertainment, and Charity 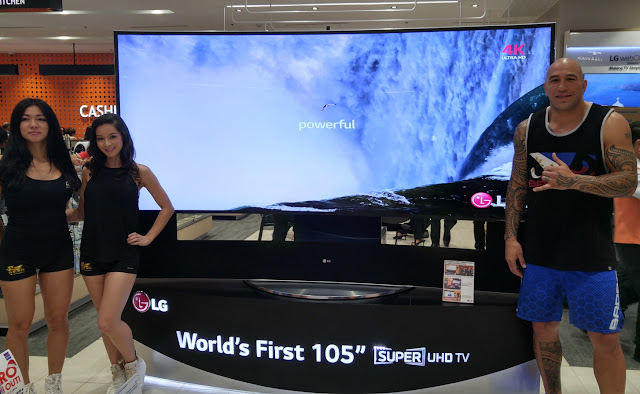 LG Electronics brings the spectacular ONE FC experience to MMA enthusiasts via the ONE Championship app available for free in LG Smart TVs. In photo is heavyweight champion Brandon "The Truth" Vera with the world's first and largest 105-inch LG Super ULTRA HD TV.

MANILA – On December 11, 2015, consumer electronics giant LG Electronics teamed up with the world’s most exciting mixed martial arts (MMA) organization, ONE Championship to bring about the intense “ONE Championship: Spirit of Champions” match to the SM Mall of Asia Arena.

Prior to the match, LG Electronics and ONE Championship visited Pangarap Foundation in Manila. This foundation provides shelter and care for underprivileged children, as well as livelihood training programs to ensure a self-sufficient future. Pangarap Foundation kids were thrilled to meet MMA legend and ONE Championship Vice President Rich Franklin, who taught them the basics of dodgeball, an American schoolyard classic.

After a fun afternoon of play, LG unveiled another surprise for the foundation: a premium Smart TV, with free access to epic ONE Championship matches and thousands of other materials, set up in the facility’s common area. Access to the LG Smart World App Store will greatly contribute to the kids’ recreational and bonding activities. 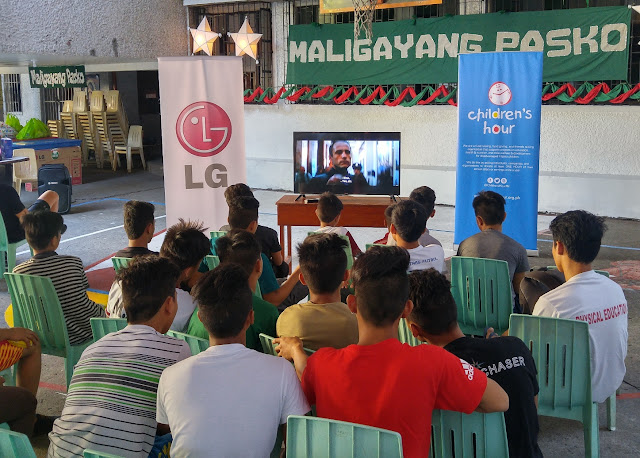 LG Electronics and ONE Fighting Championship (ONE FC) took their partnership to another level as they reached out to Pangarap Foundation, an institution which provides shelters and livelihood programs for underprivileged children. LG donated a premium Smart TV, which allows free access to the epic ONE FC matches, to help enrich the kids' entertainment and bonding activities. The two global leaders also teamed up to conduct a fun dodgeball session with the kids, led by no less than MMA legend and ONE FC VP Rich Franklin.
Posted by Thirdy Lopez at 7:00 AM