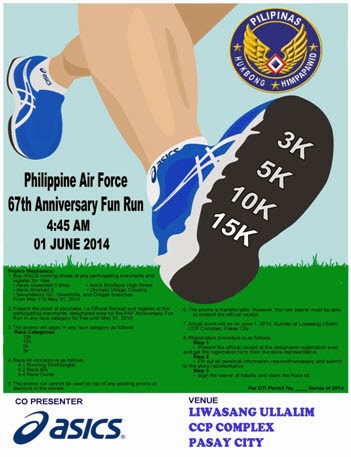 In line with that noble advocacy and as part of the 67th PAF Pre-Anniversary activities, the PAF will again conduct the “Takbo ng Hukbong Himpapawid para sa Karunungan at  Kinabukasan ng Kabataan 2014” on 01 June 2014 at  Liwasang Ulalim CCP Complex Pasay City. The activity will include a 3km, 5km, 10km and 21km runs which will be open to all ages. Proceeds of the event will go to the scholarship program for the dependent
s of Philippine Air Force Personnel who were either Killed-in-Action or totally incapacitated while in line of duty.

Our soldiers, civilian employees, military dependents and civilians, both young and old will be participating in the said activity. This running event will surely foster camaraderie and solidarity among the members of your Air Force and civilian populace, as it is an avenue to promote good health and wellness.

All finishers will receive a medal. 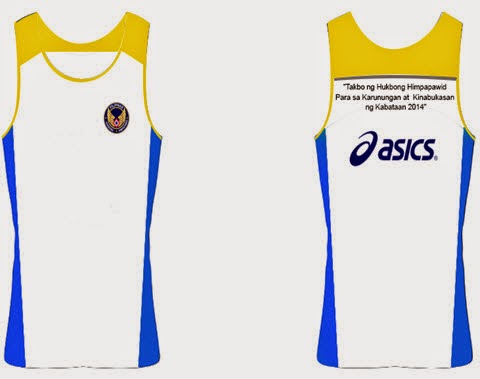 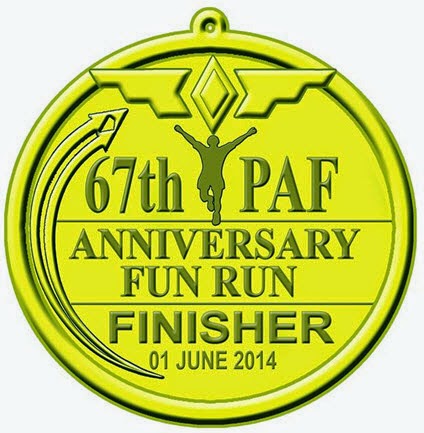