For 2013, I trained and trained to run 2 marathons. My first marathon had me prepping for 5 months starting 2013, including running in the cold weather of east coast US and pushing myself to training in Manila. My second marathon had me conquering Manila and pushing myself to 42kms. Those 2 marathon finishes were the biggest highlights of my 2013 running achievements and my overall running career. 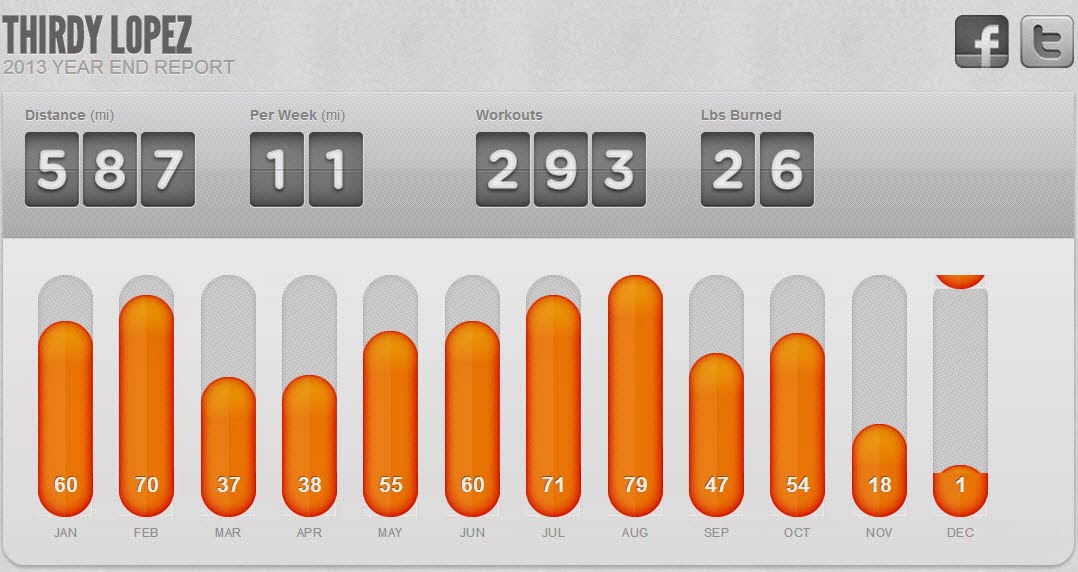 Starting last year (2012), I started preparing for my first marathon at the TBRDM. Up until the big event, I joined running events (Run 7-11 on January and Condura Skyway Marathon on February) and regularly ran long distances on weekends. The big day was on February 24 and I was able to officially become a marathoner in the Bull Runner Dream Marathon. 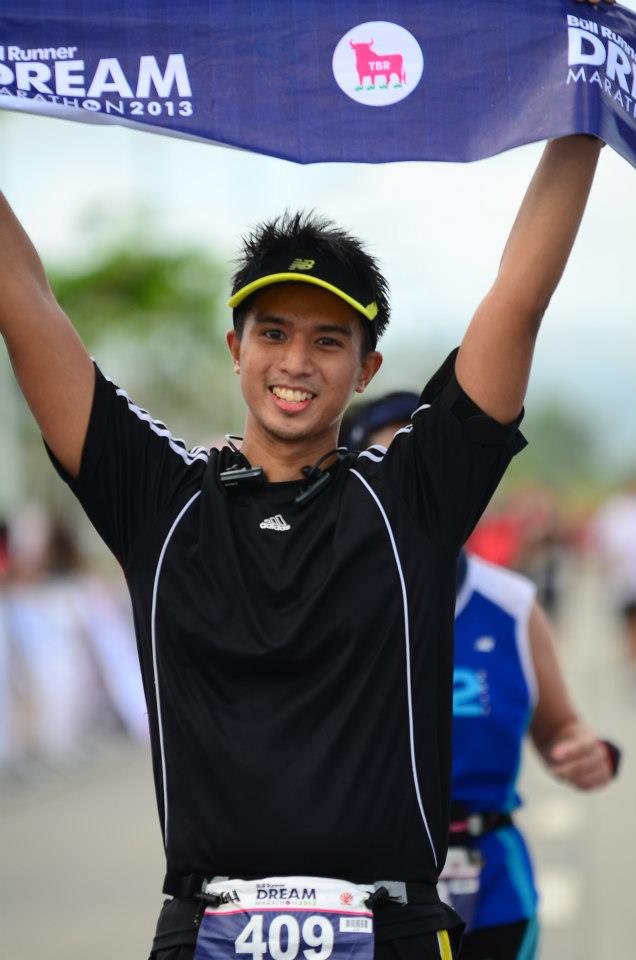 I ran my first marathon at TBRDM 2013

Then, I decided to complete the Run United Series starting with a 21km race on March.

April was a leisure run month as I wasn't training for the RUPM yet but my race calendar was full with Rebisco @ 50: the Gold Rush Run, Boracay Skyathon 2013, Safeguard/2XU Sole Racing Leg 1 and Nat Geo Earth Run. 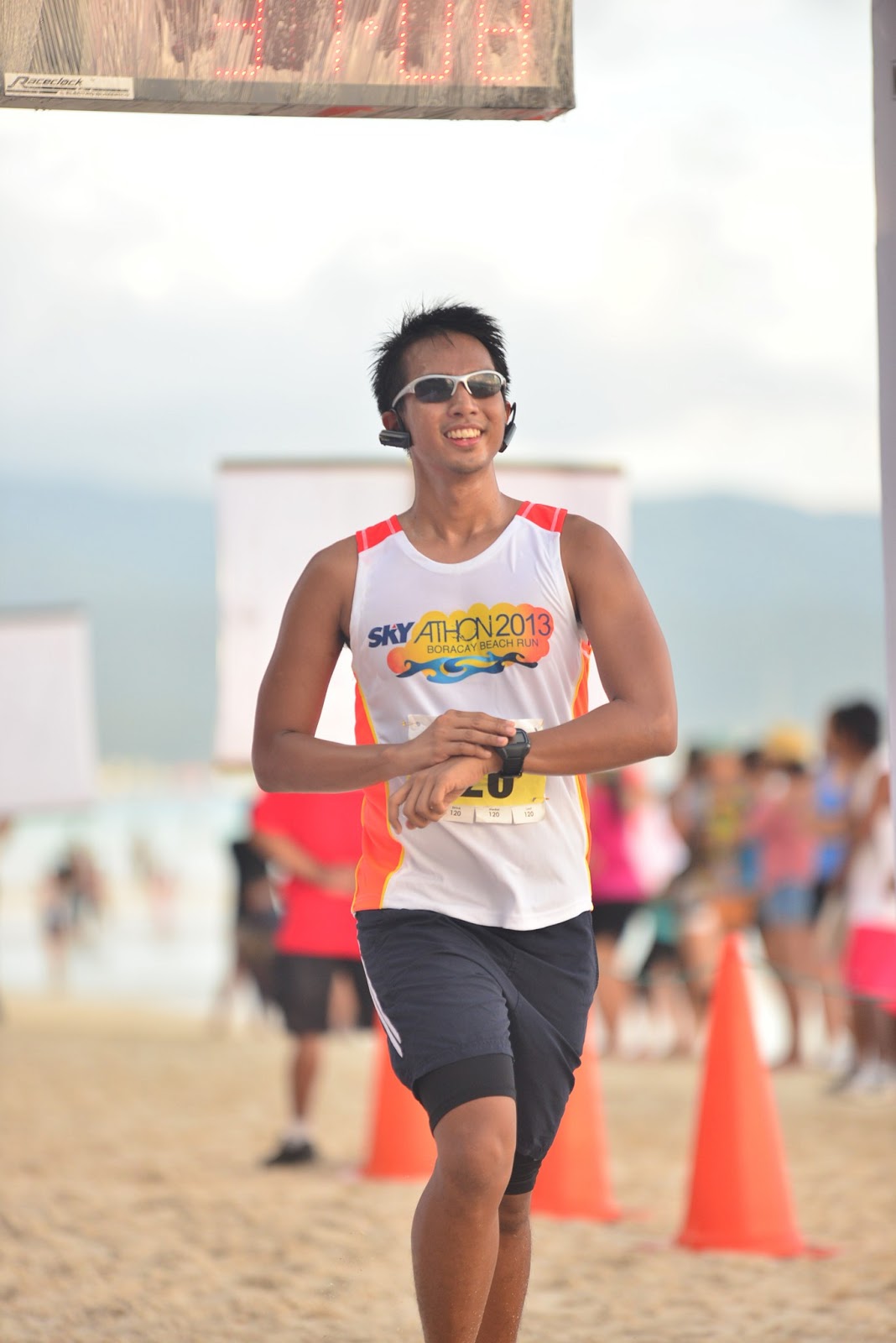 Running in the White Sands of Boracay
at the Skyathon 2013

A day before the big day of RUPM, I got sick and all the training I did weren't enough to push for a PR but I am still a proud finisher and 2nd time marathon runner. 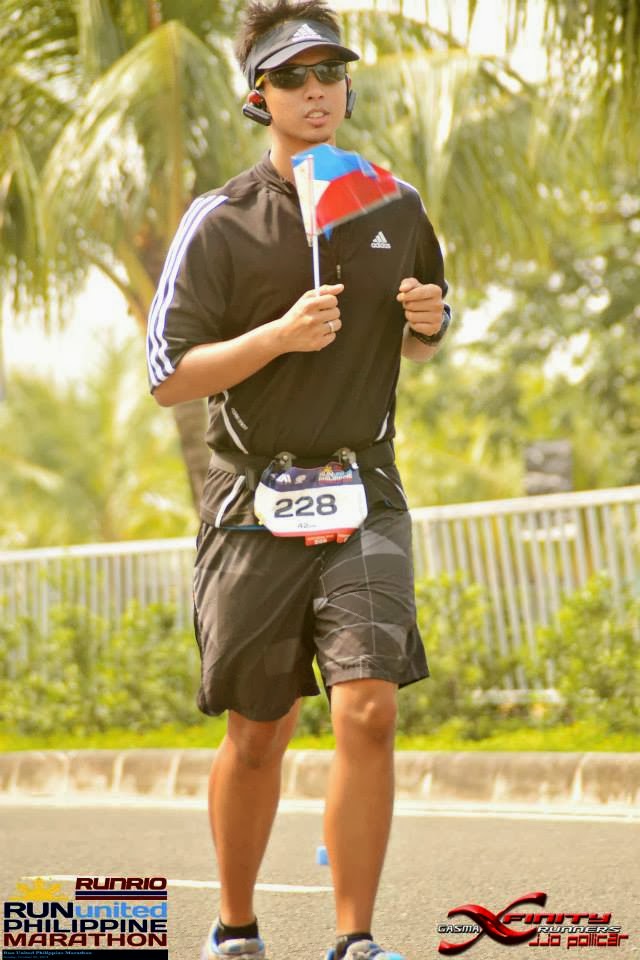 After those 2 marathons, I did a few more runs without any goals of finishing with PRs in Sole Racing Leg 3 and Sante Barle Domination Run.

Also, I finally decided to join trail run with Salomon Xtrail Run on March and Teva Trail Challenge on July. 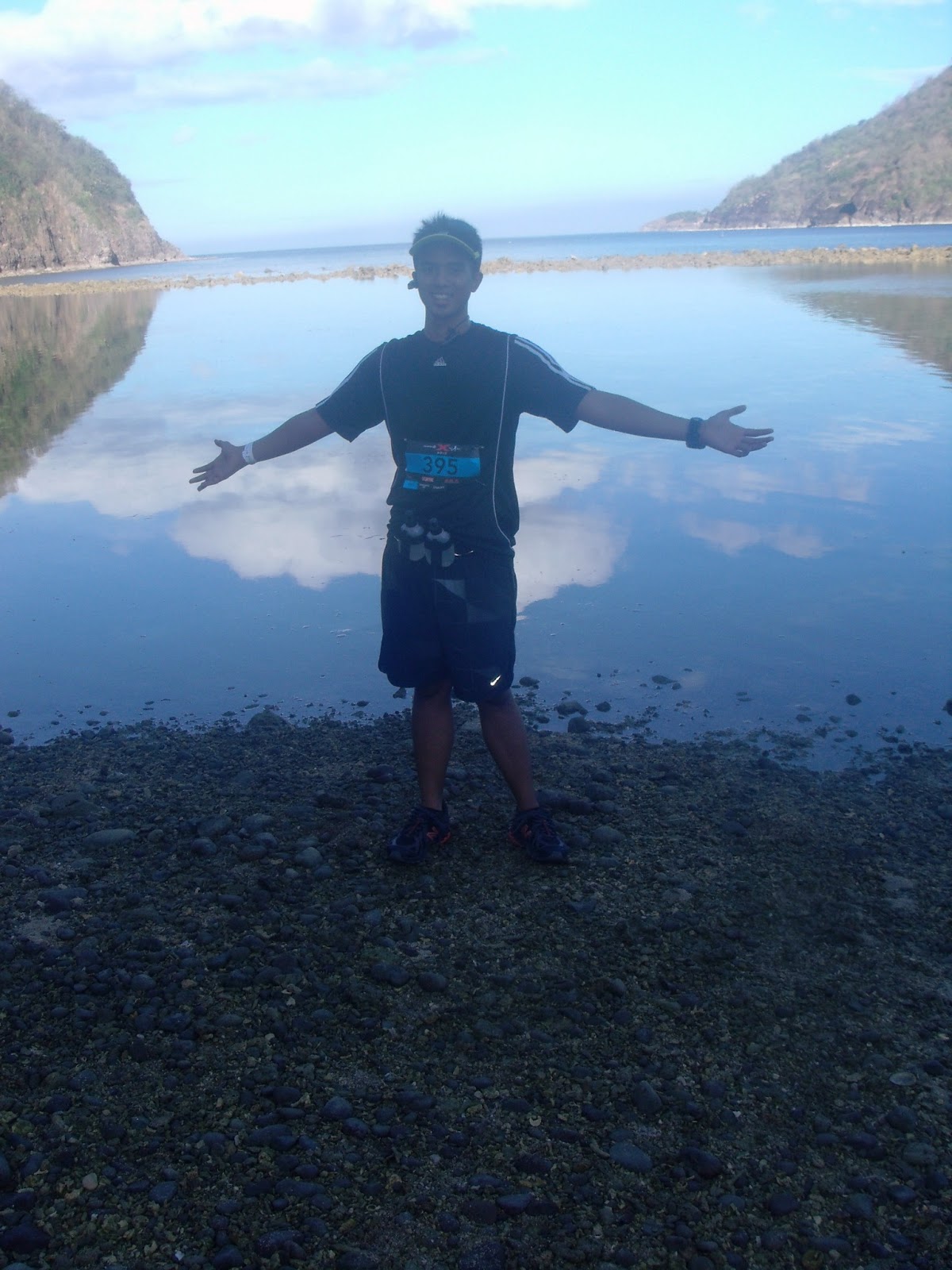 It was also fun to join fun runs in Boracay, Bohol and Laguna. My friends and I coupled run events with a vacation trips in these places with the Boracay Skyathon 2013, Bohol International Marathon and Sole Racing Leg 3. 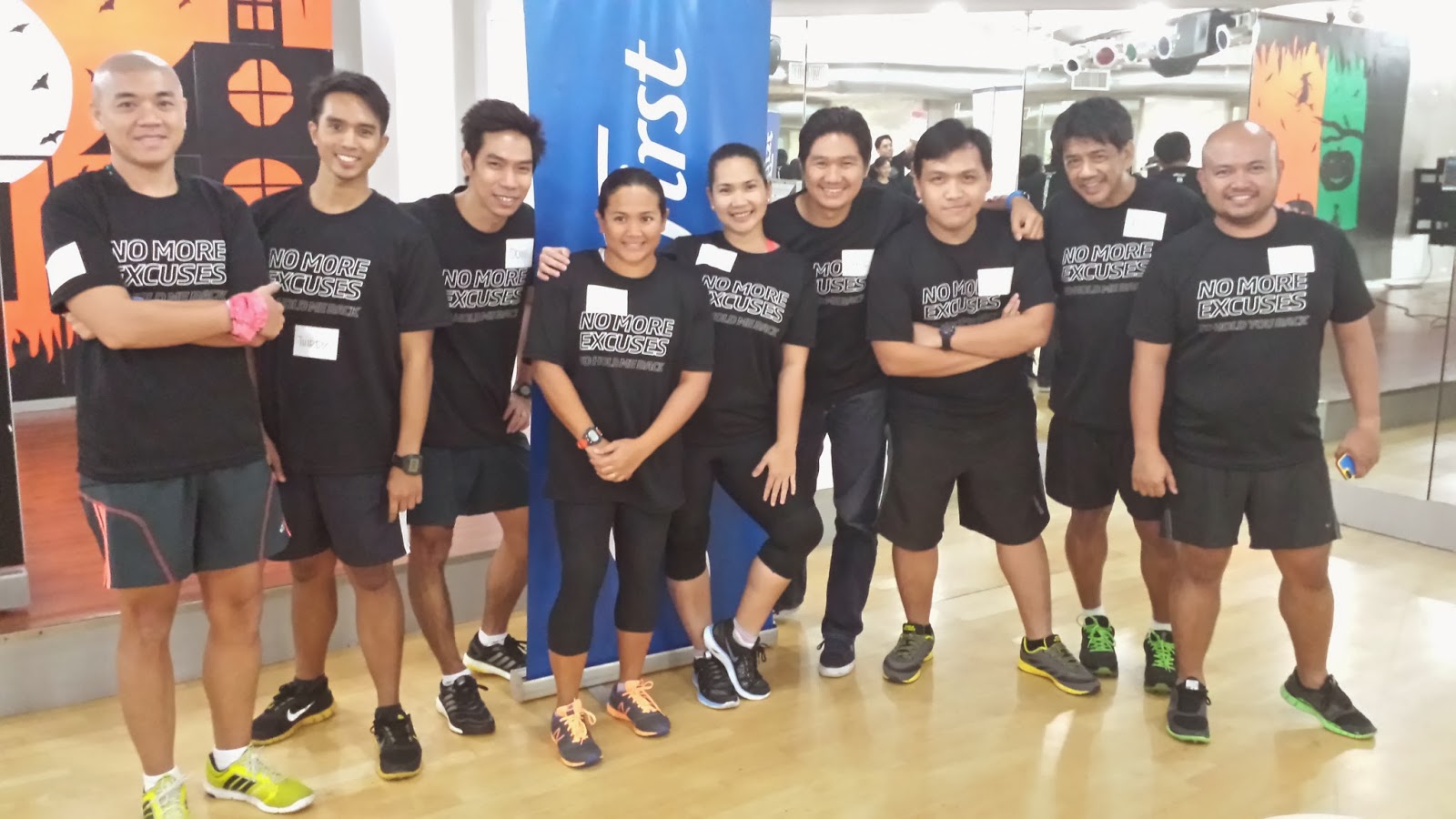 Lastly aside from running events, I was also able to participate in the GNC Fitness Throwdown which was part of the series of events leading to my introduction to crossfit. Also, I was invited to be one of the fitness first blogger ambassador where I was able to experience personal training. 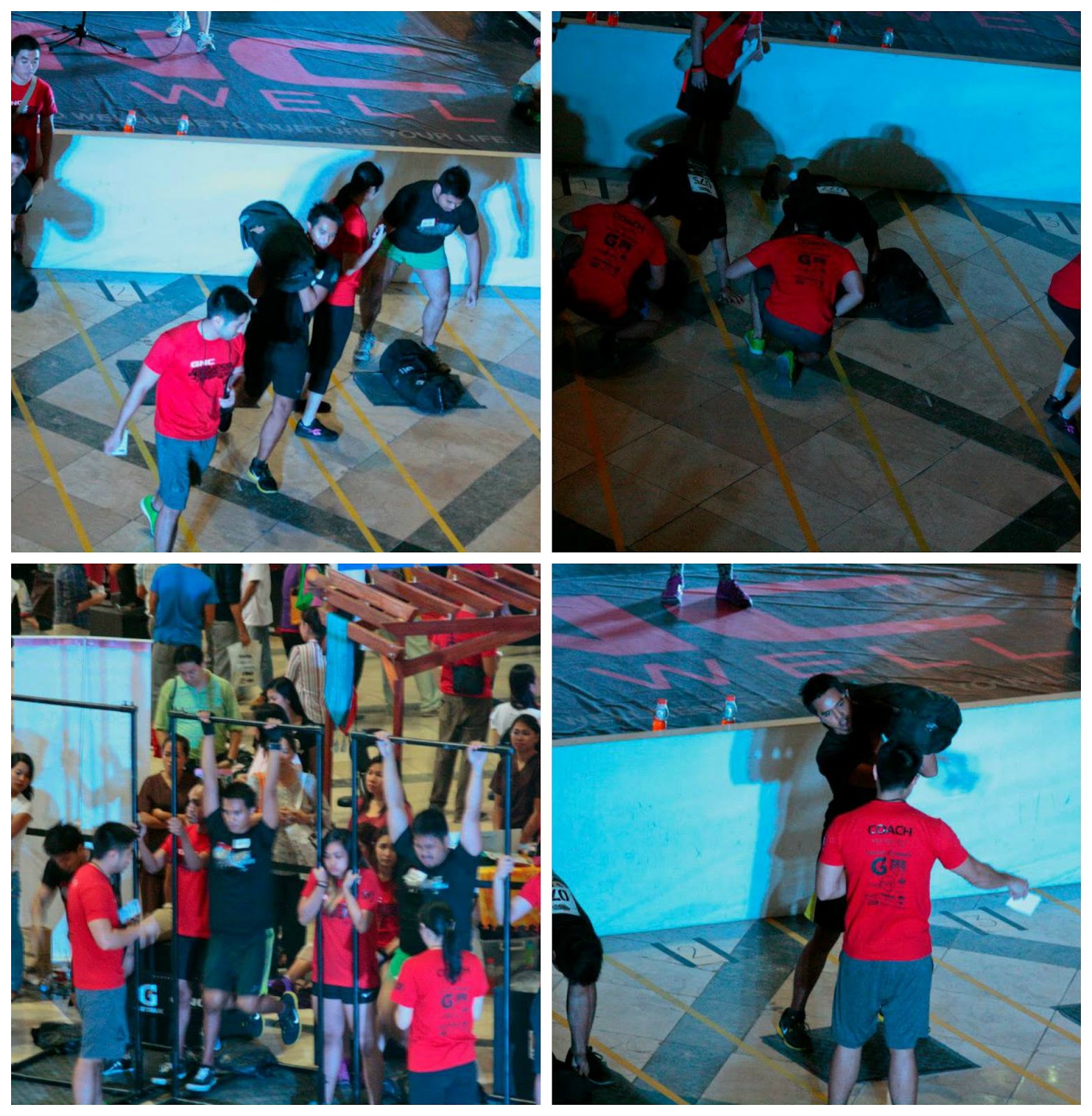 WOD at the GNC Fitness Throwdown

Having finished 2 marathons in the country, I have no plans of running long distances seriously for 2014. But I am (indefinitely) gunning for new PRs for 3kms, 5kms and 10kms. My main goal is to join a triathlon relay and joining aquathlon events with better swimming times. I have been training regularly (as possible) on weekends and hoping my training will progress to open water swimming soon.

Also, I want to concentrate with fitness training with CrossFit and Fitness First Group Classes.