The Alaska Aces, one of the most successful franchise in the Philippine Basketball Association (PBA), formally launched the Alaska Aces App. This is another innovation which brings the team closer to the public and its fans. (Gatas Republik) 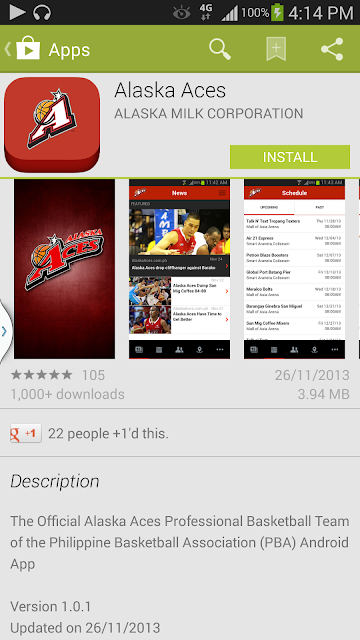 “Launching the Alaska Aces App is about giving our fans continuous access to the team. In the connected and digital world we live in, we realize how people tend to engage and this app provides such an opportunity,” said Wilfred Steven Uytengsu, Aces Team Owner. We have always sought to be a pioneer in the PBA, so whether it be the first team to provide rings to a Championship team, to retiring a player’s number or develop a dedicated website, Alaska has been a the forefront of new developments. “My favorite saying is GOOD ENOUGH, NEVER IS. And that applies to all aspects of our franchise. I am confident this new feature will be enjoyed by all our fans and perhaps attract new ones,” Uytengsu added.

The Alaska Aces became the first team in the PBA to have their own Smartphone application that allow the public to have access to the current events, news, updated team profile pictures and videos of the team. 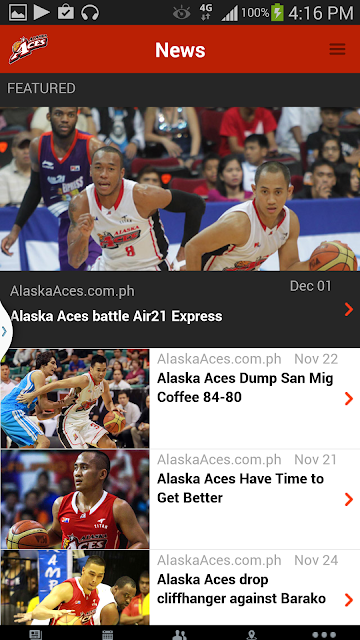 Catch up with your favorite PBA team through this app
The Alaska Aces App is free and maybe downloaded through any Android phone or iPhone.

Alaska Aces team manager Richard Bachmann said the Alaska Aces App allows fans to be updated with their favorite Alaska Aces players and to see their activities on and off the court.