Men vs. Women: Battle of the Sexes Leg 2

Battle of the Sexes is a one of a kind fun run where men and women battle it out for supremacy. In this race, women are given an advantage by having them start 10 minutes before the men and pitting them against each other by determining who can run finish faster. The leg 2 of this race was held last September 1, 2013 at the SM Mall of Asia grounds. 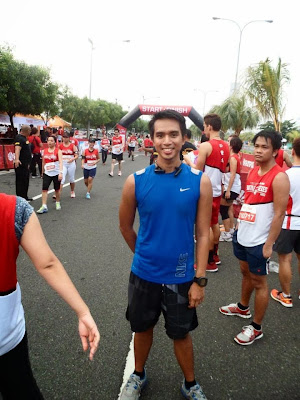 At the finish line after the race

I was training religiously weeks before this race towards preparing for RUPM. In fact, I wanted this race to be just another training run. To my surprise, I wanted to be as competitive as I could because of the nature of the race.

I arrived on the dot for the announced gun start but since women were given a 10 minute advantage I had time to checked in my baggage. As we waited our turn to run, we could feel the pressure since women where already 1 km and more away. I don't want to be behind women who are walking. The pressure to defend you gender is there so I was competitive. 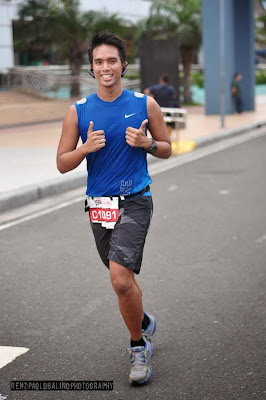 Along the race route

I was trying to catch up the middle pack of the women, most of the race. In turn, I finished at 1:01. No PR but a great performance nonetheless.

I found Rolly and his housemates, as well as some members of team titans in the activity venue and we waited for the program to finish in the hopes of getting called for the raffle prize win. Unfortunately, no one was super lucky so we just had breakfast in KFC MOA. 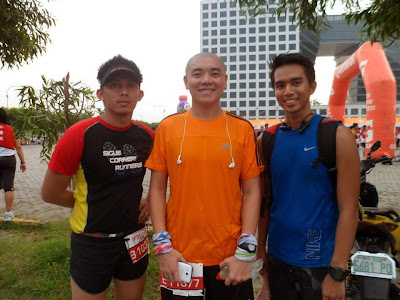 Found bloggers Jham and Bee at the activity area, too.

It was a great race as expected. Hydration was sufficient and the race route was typical Mall of Asia route. I commend the nature of the race since it did push me to run faster as expected.