Choosing to do Crossfit

Earlier this year, I was in search of leveling up from circuit training. As I continued training in that discipline, the easier it became for me to do. And when it became easy, I started to looking for other activities in greater intensity.

Then, Crossfit arrived in Makati. My initial experience were trial classes in the Legazpi Park c/o CFMNL Makati. I first thought it was like circuit training until they asked us to do AMRAP(as many rounds as possible), team and partner WODs (Workout of the Day). It was unlike any training I tried before.

Then, I was invited to join the GNC Fitness Throwdown. It was difficult for someone who rarely uses big weights in his workouts but still fun even if I finished in the bottom 10%. Despite that, this activity cemented my interest in Crossfit and I decided to join a box (Crossfit gym). Since the investment in joining a box is greater than my old gym, it took me a while to finally decide to join and which box to attend classes in.

The Deal Grocer deals for CFMNL and Crossfit Mad Minute

In the process of tweaking my budget to include the membership rate of a box, I discovered 2 deals from DealGrocer.com that helped me save a few bucks. The first one was a 5 session deal for CFMNL Makati and a 1 month membership and foundations class deal for Crossfit Mad Minute. It was such a great deal as it gave the opportunity to try out the gyms I was choosing between.

I eventually chose to try at CFMNL first since that was a shorter duration and they didn't require foundations then. I tried the 7am class. The crowd was friendly and the experience was fun and challenging. We were to use the foam roller before 7am when we do our warm ups together. Warmup in CFMNL starts with a 150m run then we do drills as the coach instruct. These would include dynamic warmups like high knees, burpees, pushups, butt kicks and other dynamic warmup exercises. We would then do stretching. Then, it was off to skill practice. I was able to do dead lifts, power cleans and floor presses during my stay. To end the session, it was a 10-15 minute WOD. I particularly remember a WOD that required us to do wall balls, medicine ball cleans and burpees that left me sore in the legs for days. At end of the session, we were to do our own cool down or continue training in the box. 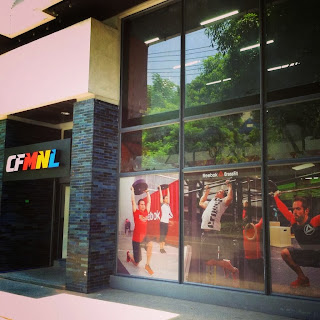 Due to a new work schedule, it took me a month before I found a schedule to attend the foundations class in Crossfit Mad Minute. I was expecting an hour class of weight training so I scheduled circuit training in between sessions (the class was on Tuesdays so I planned to do circuit training on Wednesdays then class again on Thursdays). The class did cover 12 core movements of training in this box but to my surprise, we end the sessions with WODs. I eventually had to cancel my scheduled training as WODs makes you take a beating that you would need rest the next day. The WODs were easier compared to the regular WODs we would witness before our classes begin. The foundations were a great transition from working out in a regular gym to doing WODs regularly and it was an opportunity to meet eventual box mates who will be working out with you.

A few days after finishing the foundations classes, I started my first month in Crossfit Mad Minute. I chose to attend the 6am class. Some of my batch mates also chose to attend the same class so it was nice to see familiar faces in the classes. We started the workout with warm-up on our own using a prescribed list of exercises and stretches. We start with foam rolling as taught in the foundations class. Then, we perform a set of exercises on our own.

We begin the actual workout with skills with a barbell or gymnastics using our body weight. The progression of the weights is dependent on the coach's suggestion. The classes size is less than 10 so the coach will be able to keep track of your form and your sets. 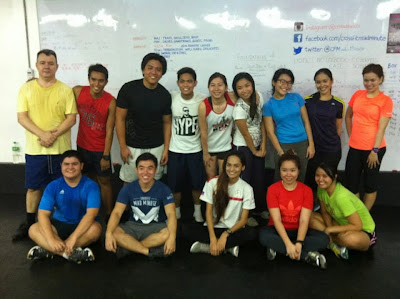 Then, there comes the WOD which would be a series of exercises done in AMRAP (as many rounds as possible), for Time, as many reps for a minute, end a round within a minute from 10 rounds and others. The difficulty is different each day and the WOD can be done in 4 different scales.

Lastly, we end a session with a cool down stretch.

I attended classes as regularly as I could. I did WODs on Tuesday, Thursday and Friday. In the process, I saw myself getting stronger with the numbers I am able to lift in different skills. I also get stuck on certain movements with little progression but that just makes me want to improve more. In addition, it's great to be 5 minutes away from the box.

Crossfit may have a negative rep for different reasons but having experienced Crossfit I discovered that those concerns are unfounded. You could scale down when you can't do things or too tired to do hard stuff. Coaches will be there to guide your progress unlike in a gym where you are on your own. And there is nothing wrong with having a community to support you in your fitness journey. 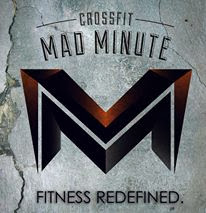 I would recommend fitness enthusiasts to check this discipline out. Newbies may opt to join too as workouts can be scaled down. Also, its a great way to associate yourself with people who see fitness as a part of life. In all those reasons, I opted to keep doing CrossFit.
Posted by Thirdy Lopez at 10:00 AM

For newbies, what do you think is the minimum age that can try crossfit training? Is it good to start as early as like 15 or younger?

Coaches will just scale the intensity down or up to your current fitness level so young athletes can check this out.

For a naval officer and a mother of two like me, this would be a great exercise to keep myself fit and healthy!And fab for that matter!

I wish I have the energy and the power to do such heavy workout! I do some rounds around the park and walk a few hundred meters with my kids when I pick them up from school but that's all that I can do. My body would not allow me to do any heavier workouts than this.

Congratulations and good luck on your fitness journey!

For someone who works 2 pm - 12 mn like me, which program/schedule would you recommend

Schedule should not be an issue.

Jomanette: Some of my box mates are parents too... kapag gabi, may mga bata kasama nag-wod.