Nuffnang is holding a contest in line with the launch of the new Energy Boost and I am trying my luck on this contest. So the ask, "What’s the craziest thing you’ve done to boost your run?" 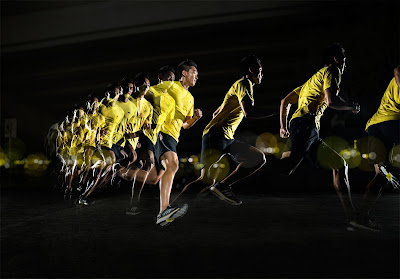 I was trying to think of a creative answer but the only thing I could think of that I did to "boost my run" (which I think means running faster or running further that you ever ran before) was training. Training is a crucial part of achieving something in any sport. You just don't decide on race day that you will achieve a personal best or run the longest distance you ever ran. You decide months before. You find a training plan and follow it to the best of your ability. On race day, you will achieve that goal.

I wrote a blog post on training before and I have found that running consistently at increasing speed and distance had proved great results. I was able to shave off minutes to my 21k Personal Record with training as consistently as I could 2 months before my first international race, the Rock and Roll Half Marathon Philadelphia.

Currently, I am training for my first Marathon, the Bull Runner Dream Marathon. I haven't ran farther than 21k before deciding to do this so I trained following a plan. I braved through 2 degree weather, got used to stinky gym smells and woke earlier that I should to go on my training runs. I even trained during my vacation trips. That's crazy enough right? 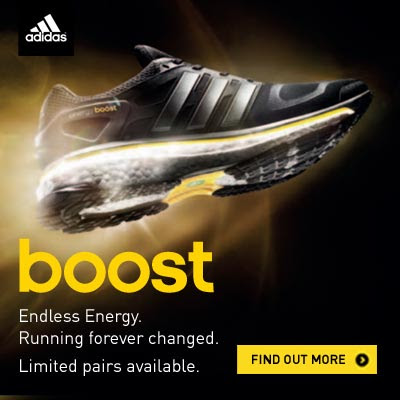 Philippines, 14 February 2013 – Unmatched energy return, superior cushioning, optimal
fit and temperature independence:  introducing  the ENERGY BOOST™  by adidas,  the new
running  shoe  with  revolutionary  cushioning  technology  that  provides  the  highest  energy
return in the industry. And just like that, running will never be the same.

With only 200 pairs of ENERGY BOOST™ available in the Philippines this season,  runners
will be able to reserve up to 100 pairs before the shoes hit the adidas Bonifacio Global City
store  on the  27th  of February.  This  can  be done  via a  pre-order  mechanism exclusive  for
South East Asia that opens from 15th until 24th of February. So, be the first to boost your run
at adidasboost.com. 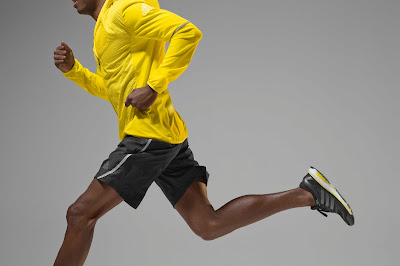 The foundation of  the  ENERGY  BOOST™  innovation is centred on proprietary cushioning
material,  BOOST™,  that  allows  the  runner  to  feel  a  continuous  energy  return.  The
revolutionary  technology  allows  small  energy  capsules  in  the  soles  to  store  and  unleash
energy more efficiently with every stride.

Holding its performance in almost any condition the exclusive BOOST™ material has been
proven  to  be  three  times  more  temperature-resistant  than  standard  EVA  material,  thus
providing a more consistent and comfortable run.

“As  a  revolutionary  material,  BOOST™  combines  the  usually  conflicting  performance
benefits of  soft  and comfortable with  firm  and  responsive  cushioning. It  almost  makes  the
shoe  come  to  life,  and  you  will  feel  it  from  the  first  moment  you  put  it  on.  It  sets  a  new standard,  not  only  for  running  shoes,  but  for  the  entire  industry,  and  all  products  going
forward,” said Bernd Wahler, Head of Innovation for adidas.

The  adidas  ENERGY  BOOST™  innovation  goes  beyond  the  revolutionary  midsole
technology. The upper on the ENERGY BOOST™ features adidas Techfit technology, which
provides optimal comfort and support to the entire foot while in motion.

Additional features include a special mid-foot support frame, an extended TORSION® system
to minimise roll for more stability, adiwear outsole to reduce wear in key soles areas and an
external heel counter to maximise the heel fit and comfort. The adidas ENERGY BOOST™ is
miCoach compatible.

adidas  ENERGY  BOOST™  retails  at  PHP7995  and  will  be  available  for  pre-order  at
adidasboost.com  from  15th  until 24th of February. Pre-ordered pairs  will  then  be ready for
pick up on the 27th of February at adidas Bonifacio Global City. 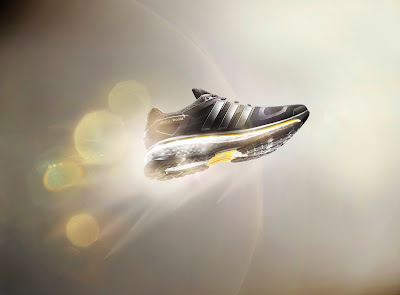 The adidas brand is one of the leading sports brands in the world. The adidas brand attitude
“Impossible is Nothing” drives all brand communication initiatives and helps strengthen the
brand’s bond with consumers. With a well-defined and segmented distribution approach and
a premium-price strategy, adidas clearly positions itself as a top-notch brand in all markets.

About the adidas Group
The adidas Group is one of the global leaders within the sporting goods industry, offering a
broad range of products around the core brands: adidas, Reebok, TaylorMade, Rockport and
Reebok-CCM Hockey. Headquartered in Herzogenaurach, Germany, the Group has more than
46,000 employees and generated sales of € 13.3 billion in 2011.
Posted by Thirdy Lopez at 6:59 AM