Adidas King of the Road Philippines 2012

This post is long overdue but as they say "Better late than never". 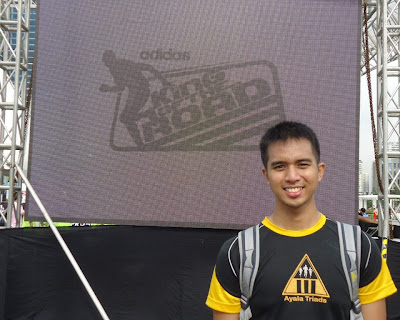 KOTR at the Background

Adidas King of the Road is one of the most awaited race of the year, especially for Adination running groups as it closes the "running season". On September 30, 2012, I ran 10 km, realizing how I did miss the roads of BGC on this event.

Adidas KOTR was a few weeks right after my first 21k outside the Philippines. After that run, I didn't train much in running except for a short recovery run a few days after the actual event. I was doing workout videos from Insanity but no training for running at all. I was supposed to pace with my swim buddy, Christian. I was even telling him that well be doing 5-1 Galloway pace as this was his first 10km run with little preparation. 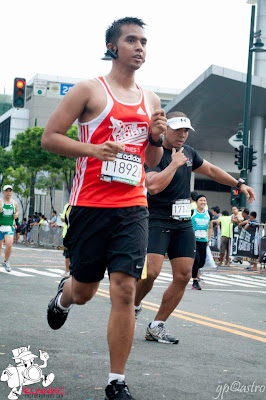 Photo from the Running Photographers

I registered online so I got my kit through the mail. The singlet was almost the same as last year but learning from last year's mistake. I opted to get a smaller size versus the size I usually get and it was the right decision. The theme this year is almost the same as last year so I would believe that the organizers was too lazy to come up with a new theme or maybe they should just stick with the same theme and make it their "trademark".

I woke a little early that usual as I was excited to run in Manila again as I don't want to leave Christian behind. Unfortunately, he was late and I was itching to start my "I'm back home" run event. So I left my things in the baggage area and made my way to the start and finish line. 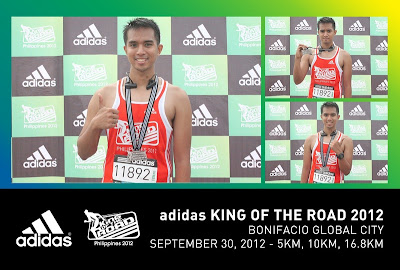 at the photobooth after the race

There wasn't anything special with the running route. I had ran a race like that before and as expected they would have ample hydration on the route. According to other runners, there was a few problems in hydration as some stations wouldn't have water that is ready to be given for hydration. Since I was in the middle of the running pack, I got my own share when I wanted it. 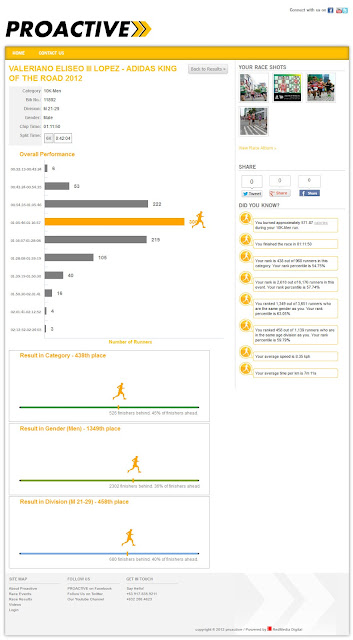 I finished at 1:11:58 according to my Garmin and I wasn't expecting to break my PR, especially with no training towards it. I did give it a try and my heart loved the challenge.

Since I joined one of the shorter routes, I quickly made my way to the activity area to get as much freebies I am interested to get. I lined up on the photo booth which had a few people in line. I remember a group of college kid ranting about walking in the race but happy being a able to get a good photo for facebook (or other social media sites). I first found Christian who finished his 1st 10km and then we waited for the rest of the Pex Running Club (PRC) members. Nino and his wife, CJ, Emy, Bata and Ivan was also there as participants and volunteers. 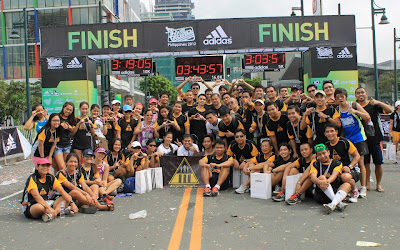 Ayala Triads at the Finish Line

We waited in the Ayala Triads booth then took token photos when everyone was there. 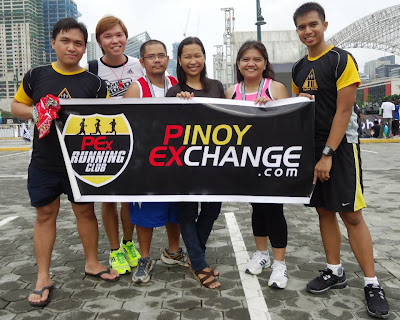 After the race, we met some of the PRC and tried iceskating, played bowling and went to a videoke. That was a fun and tiring Sunday. 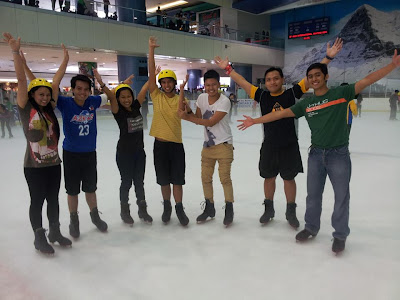