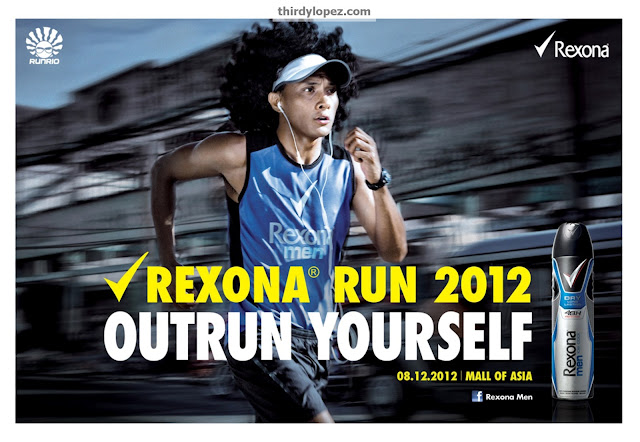 A. AVAILABLE PARKING AREAS ON SUNDAY, SEPT. 23:
- South Parking Building (Car Park Building above Dept Store)
- North Parking Building (Car Park Building above Hypermarket)
- South Open Parking (Open Car Park in between Arena and SMX)
- North Open Parking (Open Car Park in between One E-com and SMDC Showroom)
- Block 2 (Open Car Park behind SMX)
- Planetarium Parking (Open Car Park beside Selecta Kids Universe)
- Block 16 (Open Car Park between Two E-com and SM By the Bay)
B. FOR REXONA RUN 21K RELAY PARTICIPANTS:
The FIRST RUNNER must claim the race belt (image attached) at the 21K finisher’s tent BEFORE heading to the starting line.
1. Only one race belt per relay team.
2. The first runner MUST attach his race bib to the Rexona Race Belt before heading to the starting line.
3. After running the first 10.5km, the first runner will hand over the race bib WITH the Rexona Race Belt to the second runner (for faster transition) at the relay transition area. There will be marshals present to assist you.
4. Two finishers kits will be given to the team upon presenting their race bib at the 21K finishers tent.
5. The second runner will be the one to receive the two finishers medals upon completion of the 2nd 10.5km.
C. REVISED RACE ROUTES: 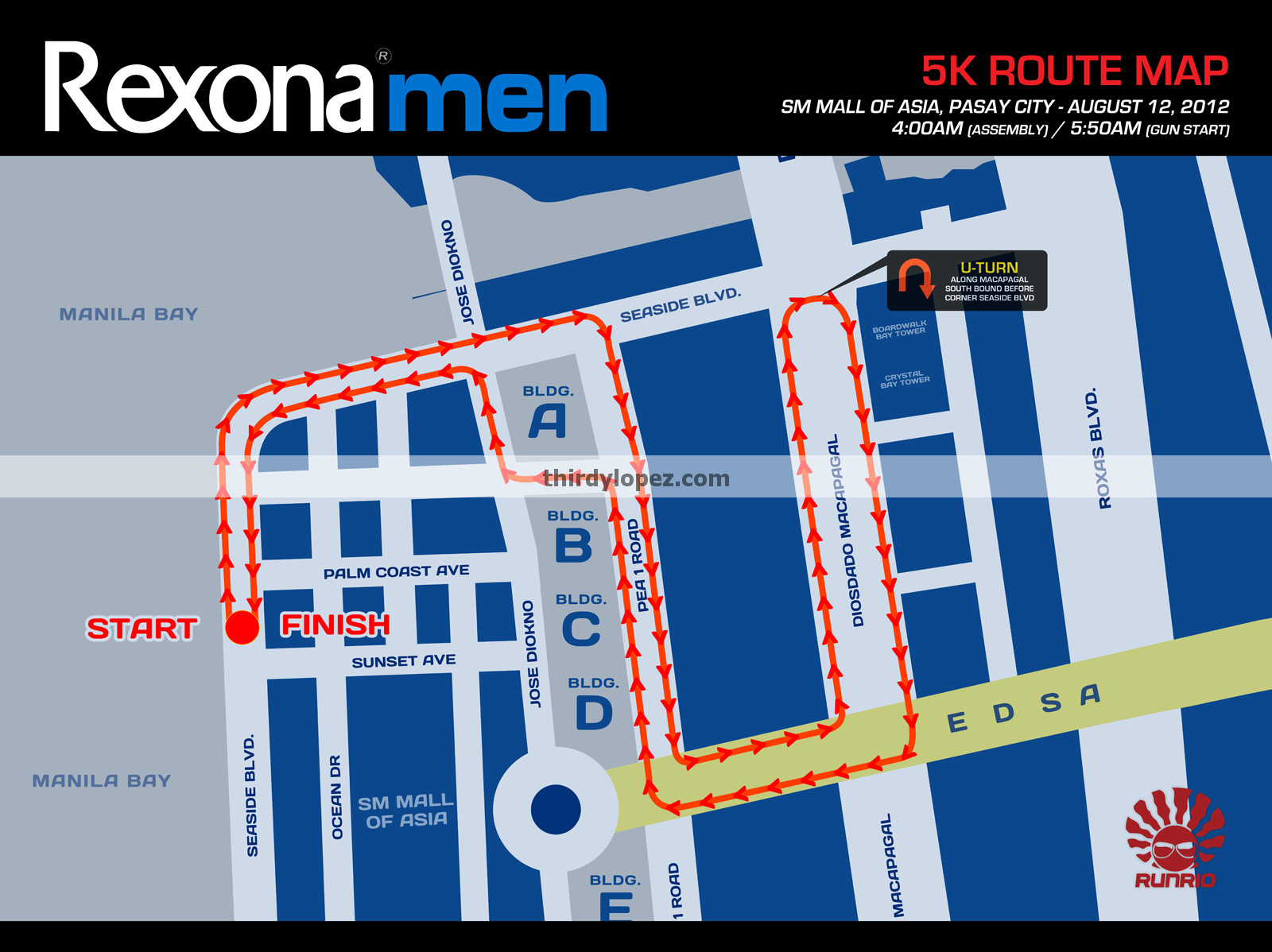 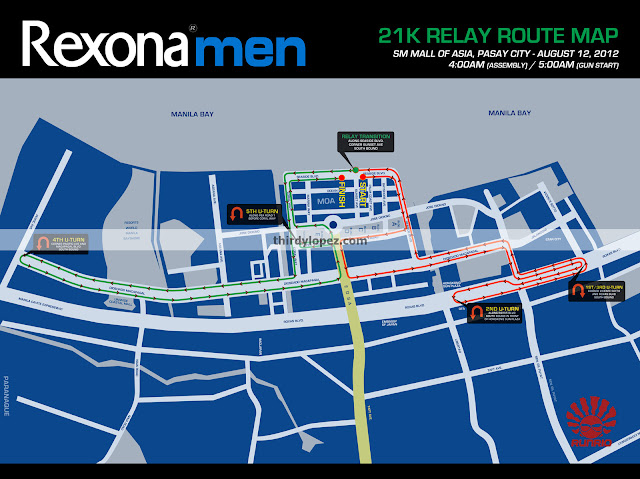 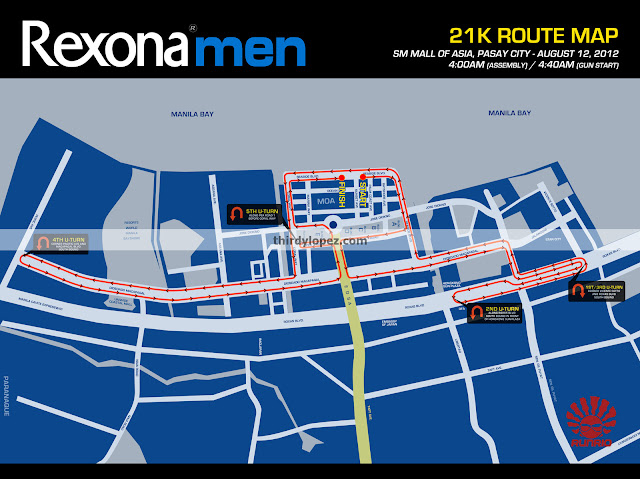 D. OTHER RACE FEATURES:
Aside from the actual run, other activities in the upcoming Rexona Run 2012 include a KINECT hub, photowalls, and performances from bands like 6cyclemind and Gracenote!
Posted by Thirdy Lopez at 11:11 AM