Another Running Spree at Run United 3 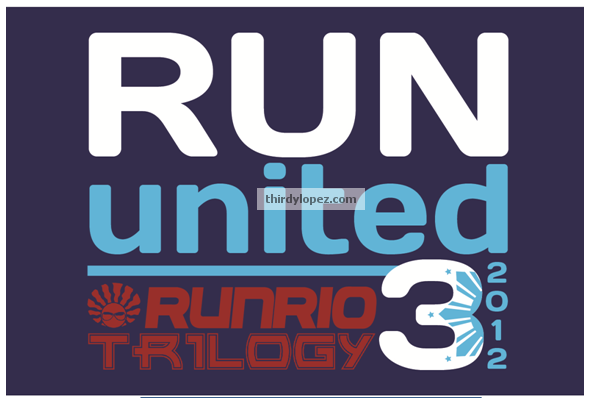 Run United is back, after a nearly three-month break. And as the cliché goes, ‘the third time is a charm’. Last year, in fact, a record number of runners estimated at over 14,000 participated in Run United 3.

Run United 3, the third leg of the Run Rio Trilogy, has always been much anticipated because it offers what is dubbed as the ‘Afroman distance’ or 32k category—not usually included in other run races. Of course, on top of the other race categories: the Ceelin 500m dash, 3k, 5k, 10k, and 21k.

“The 32k Afroman Distance in RU3 can be a preparatory race for the full 42.195km category in the upcoming 1st ever Run United Philippine Marathon slated on October 28. RUPM will still have the shorter categories: 500m dash, 3K, 5K, 10K, and 21K.” said Alex Panlilio, Head of Unilab Active Health (ULAH).

Meanwhile, according to premiere race organizer Coach Rio dela Cruz, the runners’ anticipation over Run United 3 will be all worth it as new features and surprises await them on September 16. For one, there will be new routes as well as different starting and finish lines again for Run United 3 in the 21K and 32K categories, like in the previous two races for 21K.

The 32K runners will have a gun start at Bonifacio Global City (BGC) starting at 3am, an hour ahead of the 21k runners. They will be led from BGC to take their first 10k in University Parkway area, then move up to Kalayaan Flyover. Then, they will go all the way down to Buendia, take left at Roxas Boulevard, turnaround taking the roads of Vicente Sotto, Diosdado Macapagal and on to EDSA before finally turning left at Seaside Boulevard for the finish at the Mall of Asia (MOA).
The 21k will have an earlier gun start at 4am compared to Run United 2’s 430am. They will have the same route as the 32k runners, but instead of going to EDSA they will turn right after Macapagal Avenue, turning right at Seaside Boulevard and then all the way to the finish line in MOA.

“Run United 3 runners will get to run across three cities— Taguig, Makati and Pasay. Based from the feedback we got from them, they really enjoyed the experience and the new routes. The earlier gun start of both race categories will give runners a safer route as well,” said Dela Cruz of RunRio Inc., the race organizer.

Online registration for Run United 3 started on August 6 and will continue until September 2, 2012. In-store registration will start on August 13 and will be up to September 9, 2012. Registration venues include Riovana in BGC and Katipunan, Quezon City; and Toby’s at SM Mall of Asia and Trinoma.

Run United 3, which is for the benefit of Gawad Kalusugan and Children’s Hour, is part of the ULAH running series. Run United started with only 8,000 runners when it was launched in March 2010 and the numbers have steadily grown in succeeding events. An estimated 14,000 runners participated during its last offering— at 2012 Run United 2.

Run United 1 on March 4 started off this year’s RunRio Trilogy, followed by Run United 2 last June 17. Runners who completed all the longest distances (21k-21k-32k) in all of the three Run United races will be recognized at the RunRio Trilogy Awards Night.
Fun and exciting activities await runners and their family at the Active Health Village, new and bigger Active Kids Zone, Runners’ Lounge, I-Connect Zone, The Food Pavilion and Health, Sports, & Leisure Zones.

For further information or inquiries on race details, results, photos and discussions, please visit the following websites:  www.unilabactivehealth.com or www.runrio.com.