What a great Run United 2 Day!

Run United 2 2012 is the second installment of the Run United Trilogy Run that was held on June 17, 2012 at BGC Grounds to SM Mall of Asia. 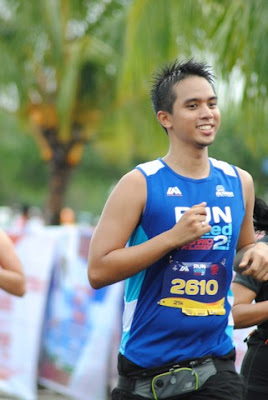 As I previously mentioned, the original target time for this race was a 2:30 finish, which would give us (with pacer, CJ) a new PR. But our efforts from our test run proved that having no training can't produce an actual personal record. So we just wanted to finish the race. The week before I avoided straining my body, I loaded on carbo (yum, yum at food) and I avoided alcohol (nagbabantay si TL Drew). 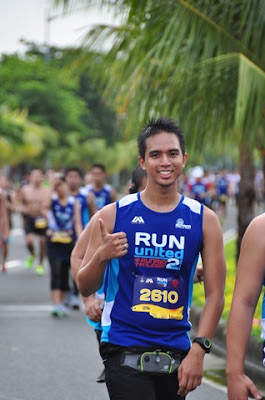 I got up extra early to avoid being late at gun start and possibly missing the start time so I aimed to be at the venue, BGC, at the assembly time. At the time, I was in a crunch to find fellow Titan Veluz as he'll be returning my singlet. Since I was meeting him, I was able to squeeze into the baggage bus line. (Thanks a lot friends!) I met pacers, CJ and Drew, as well as running blogger friends, Team Alpha One Noel and UlikblogRunner Banjo who were hanging out near Riovana. We chatted a bit before heading to the middle of the first wave. We lost Noel and Banjo but CJ, Drew and I were running at the same pace for the first kilometer. But somewhere in the middle of the 2nd kilometer, we couldn't catch up with Drew who was gunning for a sub-2 finish so CJ and I continued to run for the first 8 kilometers at an easy pace until we found Petron Buendia and started to 4:1 galloway until the finish line. It was also at that time that the rain which welcomed us on gun start started to drizzle down and the sun was slowly on its way. It was my first time to go on such a route so the experience was welcoming. We found friends from other teams on the way,  little running teacher, ex-**** ni secret and many more. 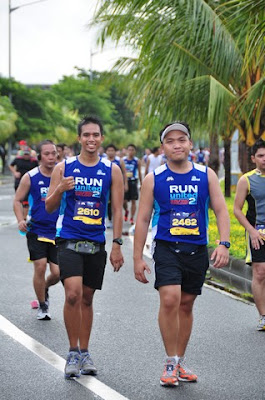 As spoiled Pinoy runners, we were treated with cold Powerade and water, served by Coach Rio in the CCP area. Finishing at 2 hours and 42 minutes. It was a PR for me. YEY! 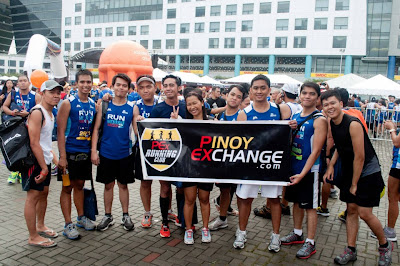 Wearing my 1st 21k finisher's medal (shirt lang kasi sa 1st 21k ko), we made our way to the expo where we met friends from the Pex Running Club. We took as many pictures as we could. I was able to go around the expo for a bit. I was able to freshen up in a Rexona Booth. There was a shower area but you had to wait a long time for your turn. There were booths from different sponsors you had the usual sponsors, canned tuna, multivitamins, etc. There were even fitness sponsors, including 360 Fitness Club, FTX Gym and PoleCats. 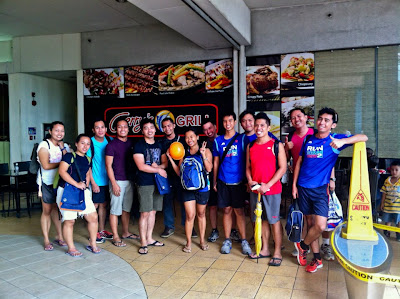 Run Rio races are great examples on what a great race day should be and RU2 didn't fail to our expectations. The medal was big and worthy of showing off your achievement, even more so if you had ran RU1 and will run RU3. The race route was unique with a different start and finish line. The hydration was enough for the Filipino spoiled runners who got cold water and cold energy drinks each 1.5km. The whole race was closely monitored by Run Rio president. He even helped in giving out the drinks.

Congrats to all RU2 Finishers!

Great job, Thirdy and to the rest of PRC! :)