I first found out about this concept gym at a Men's Health Philippines issue. It basically featured how you will have a complete workout at 30 minutes and it caught my attention. I can be busy and having an option to get all of my workout done in 30 minutes caught my attention. It took me a while to try out this gym since it's first location was in "far far away" Ortigas. When the Makati branch opened, I was doing workout at home routines so a gym didn't interest me much. But when I came across their booth in a fun run, I signed up for a trial and check out the workout. See my initial review here. 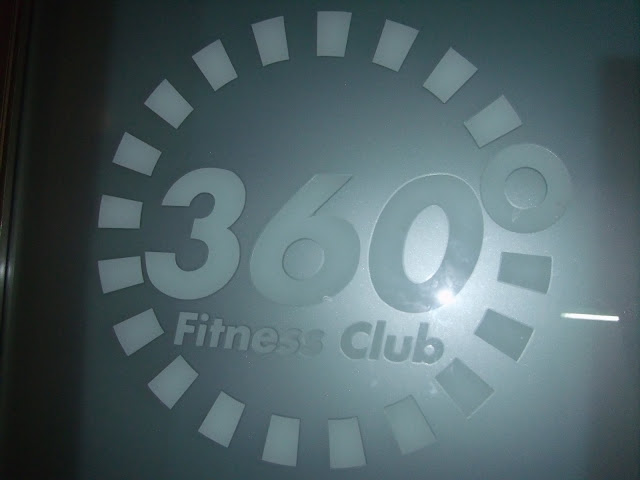 I decided to not to join the club since it wasn't in my budget and I was pretty motivated to work out on my own then. Earlier this year after my membership in another gym expired, I came back to 360 Fitness and joined. I was able to get 20% off my dues as they were running in a promo at the time I registered.

I was pretty much used to circuit training at my previous gym so it was easy for me to adapt to the programs. The classes are also scheduled at fitting intervals so I was able to attend some of them regularly.

What I like about this sort of training is that you get a full body workout on a short time. You just have to exert yourself to 60%-80% of your maximum heart rate.It takes little time and lots of effort so you're pretty much set for a couple of days after the workout.

I really love my suspension training class from my previous gym so having this option at 360 Fitness Club delighted me. Granted that the class was way easier than Rip 60 class, STC was more than exercising using a jungle gym. STC is an interval training class that makes use of your bodyweight, a kettlebell and the jungle gym, a suspension training tool, so it was its own level. I was able to attend classes of different coaches and they have a different program so if you'll be attending both Wednesday and Friday classes you'll be doing different things.


Unfortunately, STC classes has a 10 person limit so you have to get in early at the gym and have your name signed at the sign up sheet. Slots fill up fast so there are lots of times that I wasn't able to attend.

Last Month, I wanted to check out the other classes in 360 Fitness Club that I keep missing because of group runs. One of them was Zumba where I usually rest or just arrive in the gym when it starts. I haven't done Zumba in anywhere else so I didn't sxpect anything. I saw a feature on Zumba in the Biggest Loser so I expected it to be a dance-filled class. And it was.

The room is almost always filled. Class began with dancing and ended with stretching following the beat of the background music. The class is big so no one will mind if you made a mistake or couldn't follow.

I was able to try this out once but as expected yoga is a tough core workout accompanied by relaxing breathing. We pretty much did a lot of floor work and even went in advanced poses even if no one in the class could follow.


The instructor was helpful and the class is a mix of beginner to advance poses which makes it applicable for everyone. I was relaxed and centered after the class.

I was curious about Body Balance since I was able to find it in 360 Fitness Club's announcement. I really didn't know what to expect on what this program is until I came to the launch and I saw pictures of people on what appears to be yoga. As it turns out, body balance is dynamic yoga. You do yoga poses without stopping to take a breathe. You will go from one pose to another in a dynamic pose. The schedule of the classes are inconvenient for me so I haven't been able attend another class again.

In addition to the circuit changing every quarter, the coaches of 360 Fitness Club facilitate a monthly challenge where the top scorers would get to be places in a leader board in the gym. I tried doing a challenge once before joining 360 Fitness Club to get a shot of a free membership but I miserably failed. I enjoyed the experience though.

Before I joined the gym, I found videos of the challenges including rope challenge. One day I was quietly doing the circuit when a coach approached me and asked me to participate in a team challenge. The challenge was a fast circuit where one member does burpees, another does pushups and the last one does seated pullups. I participated with random picks from the gym and we got like 13-15 rounds. The record was 16 rounds so we didn't place in the hall of fame but at least I was able to try it.

360 Fitness Club offers the circuit training routine which saves a great deal of time for fitness enthusiasts. You get to extend your workout with more rounds in circuit, a class or two and the monthly challenges that motivates you to work out more. Location is also favorable for Makati and Ortigas yuppies.

For more information on 360 Fitness Club, check out their website or fb page.

I seriously miss 360 Fitness Club and the zumba classes. Hope I can go back soon! :)