Hyundai Run for a Cause

FREE RACE? That was Hyundai Run for a Cause. On April 29, 2012, 26,000 and more runners gathered in Quirino Grandstand to run for a cause as sponsored by Hyundai Asia Resources, Inc (HARI). The free run had people for all levels of fitness running for their choice of beneficiaries. HARI awarded the following beneficiaries for different causes:

Pre-Race: Registration and Claiming of Kits

A few months back, HARI created an FB Page that was geared towards promoting the Hyundai Run for a Cause. Weeks after that, they released a link containing the online registration site. In this site, you needed to register yourself (or your friends) to pick the registration centers you'll visit, as well as your race and personal details. I picked to get my racekit at the HARI Headquarters which was beside my office. 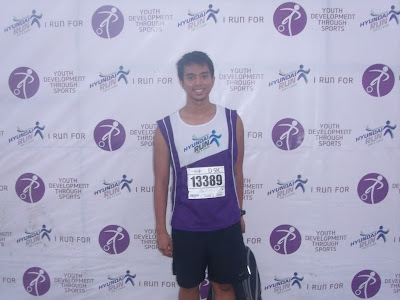 I ran for youth development for sports

I claimed my race kit mid-week and there weren't long lines and gritty processes. I just showed up with the printed registration form and waiver, with a photocopy of my ID and I was able to claim my race kit. I read online that the singlets weren't of great quality and I got a small singlet that was too big for me. I was able to get a free singlet even if the singlets ran out before the registration was over.

On Race Day, I decided to wear the big singlet even if the fit doesn't really flatter me since this is a free run and wearing the singlet serves as an act of gratitude to HARI and to clearly show that I was running for youth development for Sports. I came to the race venuewith my neighbor KC earlier so we won't have to walk from Taft to the starting line but the traffic was already there even before the gun start but it was a short walk afterall. We waited for people to arrive for a while then met up with Cath, Roby and Yuri at the baggage area where we waited for the 5k gun start. 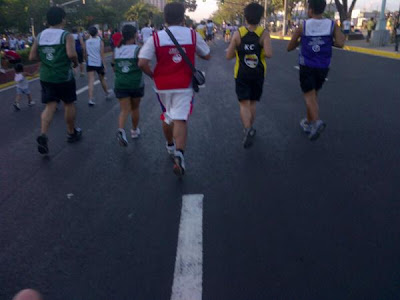 With thousands of people who joined the marshalls allowed me to start the same wave as the rest of the Pex Running Club friends we ran in an easy pace. We ran for the first kilometer with Yuri tweeting at each half kilometer. Then walked then second. On the third to the fourth kilometer, we saw Myas who joined our group too. Also, KC, Yuri and I was goofing around the other runners. On the last kilometer, we saw Noah and Nollie, who had to go to the medic for not sleeping and eating little. At the Finish line, we were welcomed by a fire truck that was spraying water to the runners. We finished the run wet.

Our official time was around 43-44 minutes.

Post-Race and the Baggage Counter

Right after the run, we got our things in the baggage counter which turned out to be total chaos. When we got our things it was just a short and quick line to get our things. The lines were scorching hot due to the sun and the small spaces allotted for lines. But our other PRC friends was at the line for more than 2 hours since the baggage people decided to give out the bags in an disorderly fashion. 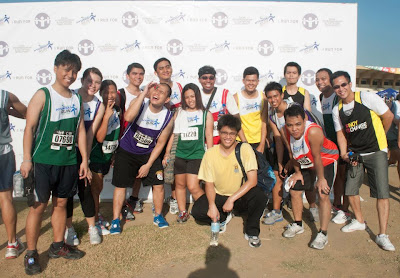 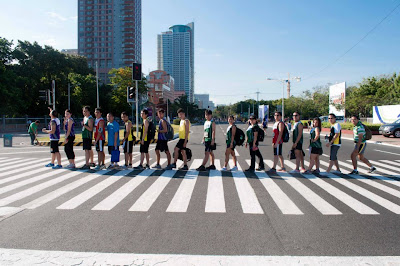 Since more than 20 members joined the run, we decided to reserve a room in a nearby fast food restaurant and had a mini-program of getting know each other and announcing the 1st member of the quarter for Pex Running Club, Cuteeh Cath. 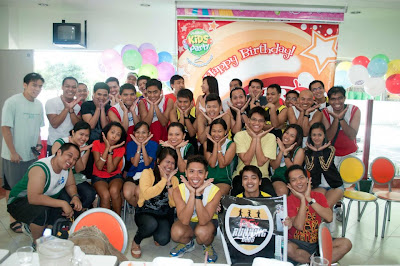 The run was a great fun experience. It was commendable that the used bottles for the hydration instead of plastic cups which had fewer trash for the organizers to clean up.

Photo Credits: Yuri, KC and Cath
Posted by Thirdy Lopez at 6:48 AM

Email ThisBlogThis!Share to TwitterShare to FacebookShare to Pinterest
Labels: 2012, free, Fun Run, Hyundai Run for a Cause, Philippines, running