Greentennial Clean Air Run 2012: What happens behind the starting line

Disclaimer: Before I post anything on this blog, let me remind my readers that a blog is a personal journal that is shared to the public. I only blog personal posts based on what I experience. I guess other parties have a point of view or explanation on some things but this is my point of view based on what happened to me. 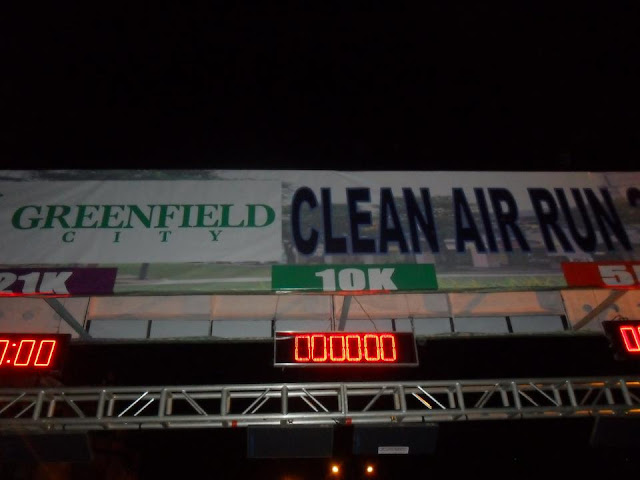 Running had brought me a sense of achievement, new friends and the runner's high. So when an opportunity to give back to the sport and the community came when Greentennial was looking for volunteer marshals, I didn't gave a second thought and cleared my schedule for this event.

Jaime, with the rest of the PEx Running Club, joined me in this endeavour. There were numerous meetings on how we'll go about the event but we weren't able to attend so we were dependent on our team leader. In our group, Jaime took care of the announcements which he got from the greentennial facebook group. 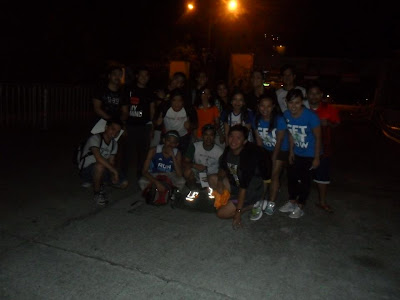 Marshalls after the briefing

On May 27, we were asked to be at venue at 12mn since the bus heading to Greenfield city was leaving on 1am. I came within the allotted with Lee, Jaime, Nathan, Ivan, Jomar, Gel, Yani and Cath but our bus left at around 2am. It was okay since they wanted to accommodate  most of the marshalls but it wasn't professional to not follow the schedule.

At the 500m dash, I was tasked to make sure the kids go around the turn around marker. Ivan, Lee and Jomar were guarding the left turn and the rest of the marshals was on the adult categories' finish line.

Behind the Starting Line

At around 3:30-ish am, we were asked to standby for our marshaling duties to begin. The rational of our job was to make sure that the barefoot and first time half marathoners to get the correct medals by marking their bibs and make sure that the medals produced is just enough for the runners. 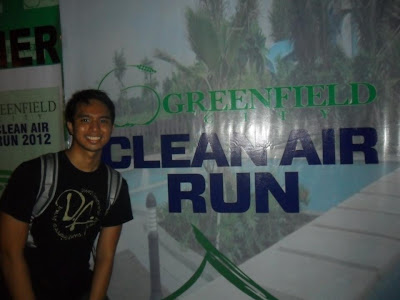 Posing at the Photo Wall

We were given lists of people who registered not arranged in any order and we had to mark them as we allowed runners to enter the starting area. They were expecting thousands of runners but we the assembly couldn't fit them so as the race begins (the gun start was late, btw) we improvised by making the assembly area bigger but making our job impossible to do in an orderly manner. So at gun start everything was in chaos and we couldn't check off the list they gave us and wasn't able to count the runners who will be running. Funny though no one asked us for the count after the 21k start was done. 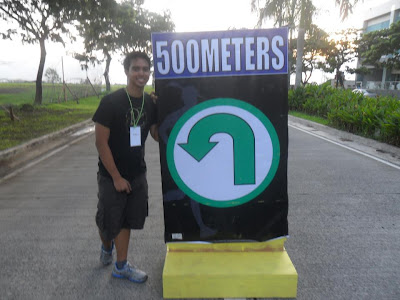 Waiting for the 500m dash to begin

After the 21k gun start, we made way for the 10k and 5k runners to enter the assembly area. The gun start for this categories were also late. The same goes for the 3k and 500 dash. After all the adult runners had started officially, we rushed to the 500m dash to await the kids running their allotted route. Watching kids do their 500m dash was fun and so cuuttteee...

After those events, our marshal duties were done. And during those times, we weren't given event shirt to distinguish us as marshals.

As fellow runners, I believe there should be a level of respect for your fellow runners and as runners who had attended running events we should be ready for things that concerns marshals. It was around 11am when marshals was able to get the food provided for marshals. We hadn't eaten anything since 2am then and some of us were directing the event runners under the scorching heat. Despite the numerous meetings, this wasn't taken into account on the actual race day.

Also, some of the volunteers had the official events shirt with them but it never made it to the hands of the marshals. It mysteriously disappeared. We were given left over green and white shirts instead but we had to go through a lot of people to claim it. Only to find out someone was selling it. Good thing though that despite all the difficulties we were given what we deserve. 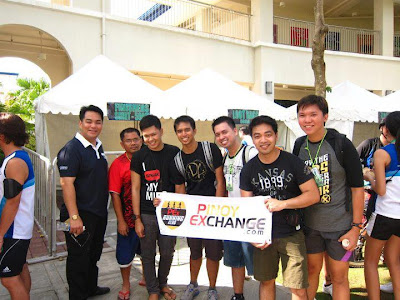 As volunteers, we were given the privilege of using the pool and the bus took us there. I went down the bus with Yuri, Nathan, Gel, Yani and Cath to maximize the experience and visit the pool even if I was tired and it turned out that the bus left us and proceeded to the Manila when we were expecting that the bus will be leaving around 11:00am. The bus left us. The marshals who fell asleep were surprised to find themselves heading to Manila and they weren't able to visit the pool.

We weren't happy with what happened as we didn't really wanted to visit the pool and would rather go home so we took a short bath and ask the greenfield people to bring us to Paseo to catch the last shuttle back to Manila. We arrived safely at BGC though and was glad that disappointing day was over.

My friends, teammates and fellow volunteers had agreed to not support Greentennial Events as marshals again. We weren't treated well and we had to endure corruption of freebies. The race was festive but it was a different case for the volunteers. It was still a great experience to be with my teammates and friends, though. Hope to do more of these volunteer activities but with a more aware organizer.

Lastly, I would like to dare Greentennial to be aware of these events and be better organizers for their next race.

Photo Credits to Ivan and Jaime
Posted by Thirdy Lopez at 6:40 AM