Yakult Run is the second longest running event in the Philippines. On its 23rd year, Yakult Run 2012 was held last April 1 at CCP and the route extended until the Roxas Boulevard.

I have been doing 10ks for quite some time and with most of the PEx Running Club running this event, I decided to run 16k in this event too.

I didn't have a target time but I just wanted to finish no matter what. 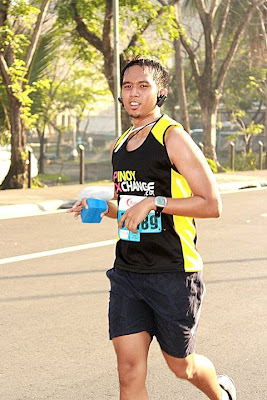 My Sponge and I at the Yakult Run

I came in the race with Lee and for a while we follwed each other's pace but he decided to sprint and leave me behind so I ran on my own. On my way, I passed Lee since he ran too fast in the first few kilometers so he was already burned out to continue at that pace. On my way, I found our fast runners in PRC on their way back. It was a fun experience to wave at team mates whenever you pass by each other. 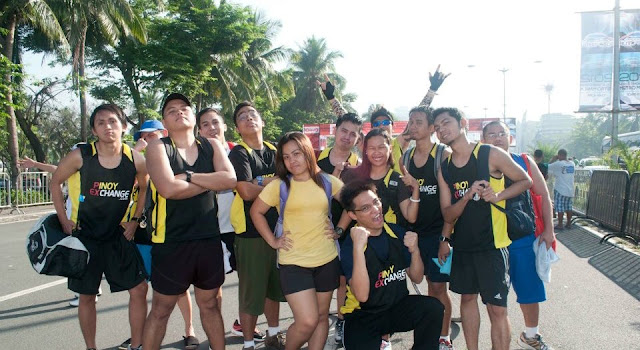 I survived my first 16k by encouraging and being encouraged by team mates and walking the stinky and hard on the feet streets of Manila.

I used my 10k shoes in this race which wasn't such a good fit for my feet so I suffered leg pains for the rest of the week but officially I finished at.

My first time to use Thorlos

Socks, I really wasn't picky with socks. I buy those 3 pack and use them in any activity. But from a launching night with Thorlos Philippines. I discovered that there are specialty socks for every activity and they have technologies to protect your feet from harm from your shoes. 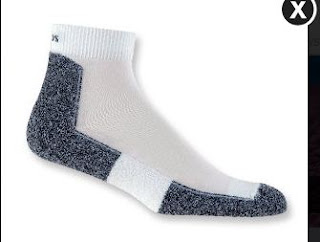 You need extra cushion for parts of your feet, especially when running since you strain your feet a lot in this activity. Buying socks should also be an investment  as much as investing in shoes.Wearing Thorlos protected my feet from a possible toe injuries with its extra cushioning in the Yakult Run. It's also extra comfy since walking on the ground presents a little less strain to the feet since the socks are extra thick in the balls and sole of the feet.

Check out the technology on the photo below. 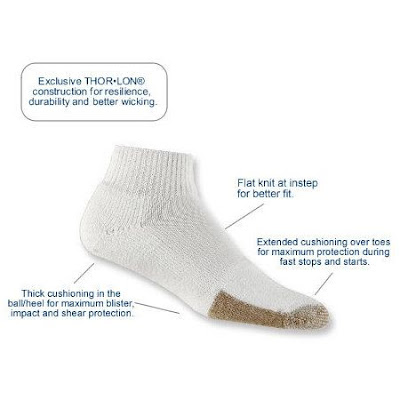 The race was a great experience especially since it is my first time to run in Yakult Run, the 2nd longest running event in our country and I was able to run with PEx Running Team.


The road used wasn't that thrilling. Manila is stinky and was hard on the feet since almost the whole stretch was under construction. Hydration was available on a regular distance but they had only water and sometime running the 16k I feel you would need sugar and nutrients offered by energy drinks but I survived it so, I guess, this would suffice. I also appreciated the sponge dipped in cold water. That served as my motivation and distraction towards the end of the race. The coolness had pushed me to finish this race. I looked like I was drenched but I survived my first 16k. 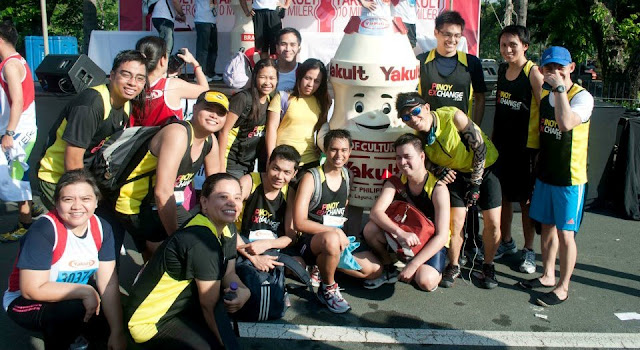 
It was also funny how Yakult rep kept saying 21k when the name of the run is Yakult's 10 mile Run, makes it too obvious that he didn't really take part on the planning and execution stage of this run.

After the run, they gave us one bottle of Yakult and a finisher's shirt, which was good since we payed P400 for everything. According to some people, the distance in this run was a little short, too but the environment was still festive and having my team there made it even more fun.

Photo Credits to: Jaime and Cath
Posted by Thirdy Lopez at 9:28 AM

Great race you got there Thirdy. Congratulations you're now a Yakult 10-mile finisher. This race has been on my decade list of races to join and experience since this is one of those Pioneer races in our Country.