Race for the Ophans: Paced to Rolling Hills

Fellow blogger and running veteran, Rene Villarta aka Jazz Runner, invited us to join the race for the orphans, a fun run event organized for the benefit of orphans of the fallen soldiers (iHope Foundation) held inside Camp Aguinaldo last February 12.

This race is the first race of running event organizer, Rundezvous. Headed by Miss Abet, this group of runners aim to organize small to medium races with the goal of paying it forward.

Race for the Orphans Poster
Paced to 10k

For Race for the Orphans, CJ and I decided to run 10k and tagged along Noel, who decided to pace us to a sub-60 finish. For the past 2 races (Timex and Condura Skyway Marathon), I set a PR for 10k and since Cj wanted to break his PR, I agreed to break mine, too. (Madaling kausap) 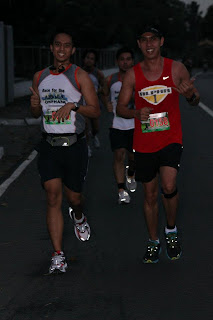 The plan was to run at an easy pace for the first 5k in an easy pace and run the last 5k faster. For the first 2km, Noel, CJ and I were running in the same pace but we lost CJ. Since I was up for anything, Noel decided to try to reach the goal and we paced as planned, slow running for the first 5k and speeding up for the remaining distance. 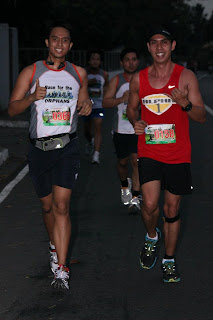 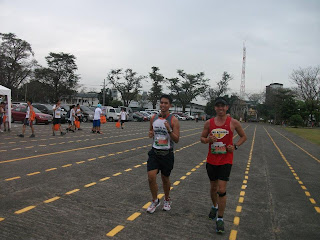 My watch said we finished by 1 hour and 1 minutes, missing the goal by a seconds. Nonetheless, it was still a personal record. Noel's Sosyal na watch measured our pace and we ran around 5-6.5 minutes per kilometer. (Ambilis lang!) 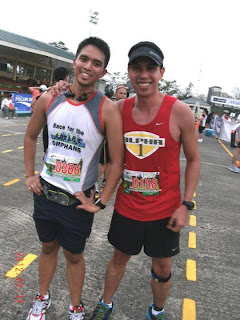 Thanks to Noel aka Deemen Runner for pacing me to my new PR. That was my first time to be paced to a fast finish and it was a great experience. Till next race ah...

What You get from Small Races

Given that this is Rundezvous first Fun Run event, I must commend them for putting up a great job. Being runners have given you all the ample experience to organize an event with good results. 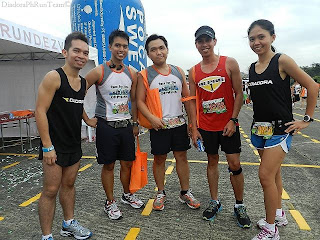 There was ample hydration within the 10k course, with a Pocari Sweat stand near the finish line. Marshals and photographers were welcoming to runners.  There might be a few misses with them but for us they gave us good directions. 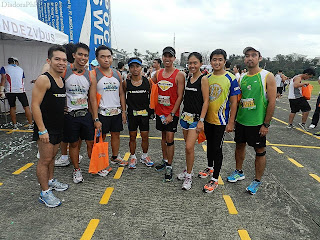 It was my first time to run in Camp Aguinaldo and the rolling hills was challenging. I thought I liked hills but apparently with too much of them I develop a love and hate relationship with uphills and downhills. 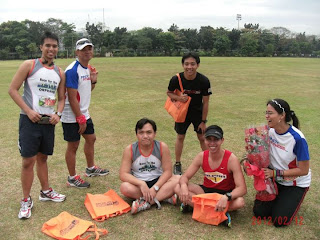 Small races like these also gave out a homey feel with you know everyone, staying for a while to say hello. I even saw senior Titan, Raul, as well as other teams including Team Diadora (they assisted in PRC's first runing 101 activity), 3:60, Team PF and others. 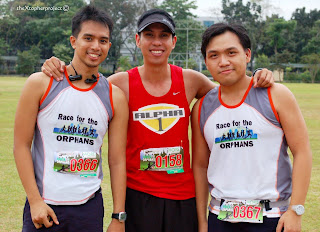 Hope to be able to join more runs like these, especially organized by fellow runners like Rundezvous.

A great thing with going with other people to races is that you get to socialize after the event. Our trio had breakfast in Seattle's Best. 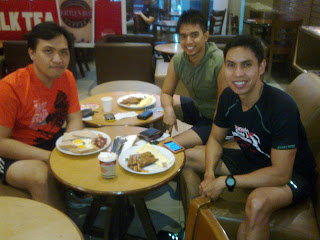 Then, we had a post breakfast drinks in the Fort where they did errands like registering for another run and claiming shirts

The official results came out later in the day while we were chatting in BGC.