I decided to run Timex run 2012 last year. In 2010, it seemed like THE fun run event to join and when it was organized once again by Run Rio, I didn't want to miss this run. Plus, running celebrity Piolo Pascual is headlining this race. 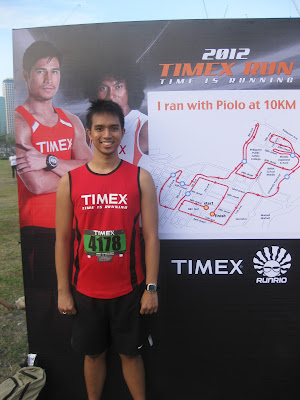 I ran 10k with Piolo

Experience the lead a pace in 10k

I wanted to do a sub-60 PR in this race but since I joined a 21k race a week ago, I wasn't able to train so I was just going to go on a fun run for this. I urged my fellow PRC (Pex Running Club) members to join me in the 10k category. Hamza and Enrich decided to join me. Over twitter, we agreed to pace with a goal of 1 hour finish time. 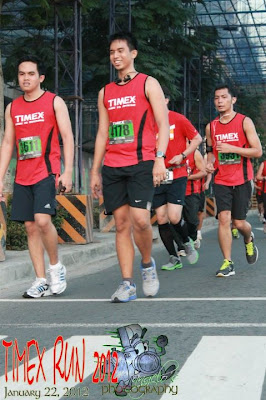 That was Hamza's first 10k race. If you would remember, Miguel paced with me on my first 10k race so I decided to do the same and stick with Hamza until he finished his first 10k. Our strategy was to do slow running for the first 5k and 5k pace for the last 5k. 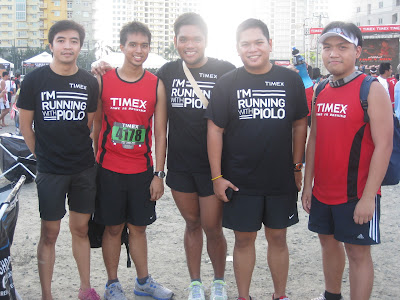 We did just that. On the first 5k, we were doing a mixture of fast running to avoid the crowded lines and slow running to catch our breathe. When we got to the 5k mark, we decided to walk it off. The 5k mark was in the road behind MC Home Depot. And Enrichard who was late for the gun start caught up with us. For the 5th to 9th KM, we walked and slow ran and sprinted. 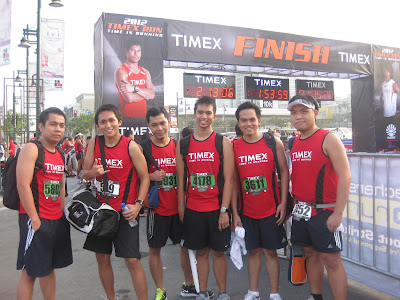 For the last KM, we ran slow and when we reached the finish line we sprinted to have a 1:10 finish which was a new PR for me.

Here is my official result: 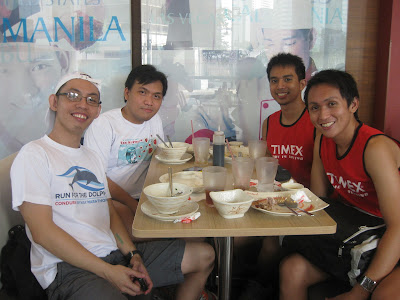 after the race, we walked to Chowking to have breakfast. Chowking is a Chinese fast food restaurant. We chose this restaurant 'coz it would be Chinese New Year in the next day.
Posted by Thirdy Lopez at 10:33 PM