Apparently, I became a running addict over December.

I originally planned to join only Animo Run 2011 for my monthly fun run but I also ran Sunset SunPiology Run, Run for Change and Rescue Run in addition to other long distance runs. 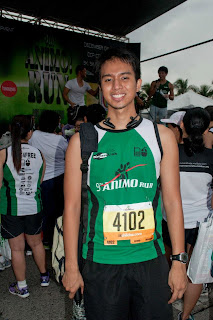 On December 4, I ran 10k in the 9th Animo Run. I originally planned to solely run this event but things came up and my plan to slack off the rest of December didn't push through. Despite the lack of hydration, route planning and marshalls, I still finished this run.

On December10, I ran my first 3k event in SunPiology Sunset Run. I wanted to run fast in this event but I had a heavy meal so that slowed me down. It was also the first time that I ran a gun run event by myself so I only had one picture. 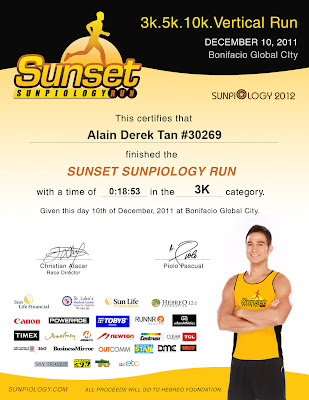 Also since I got a free kit my certificate didn't have my name. I had to edit it to have a decent souvenir for this run.

In December 26, I finally rose up and ran for 45 minutes. It was the holiday and I fought the holiday laziness by getting up and running slowly for about 45 minutes. I am not familiar with the place so I just ran straight until it was already 20 minutes and headed back in the other side running straight. The road was so flat that even if I originally planned to run for 30 minutes I ran longer.

Anyway as I was heading back, I realized I was lost. I apparently made a wrong turn as there was a crossroad in the road I ran. I didn't notice it as the road was really perfect for a slow morning run. I had to find a tricycle to bring me back to our provincial home and I had the driver wait as I ran to get money from our family room. The driver was friendly so he didn't mind and I had a funny story to tell at the breakfast table.

Given that I will be running 21k in January 15 at Go Natural Run 2012, I had to run 16k before the actual event so I asked PEx Running Club to join me on doing a Long Distance Run session. CJ mapped a run from Makati to Manila but since I think running to that part of Makati is scary. We ran from Makati to Taguig instead. From my condo, we walked to Salcedo Street and ran from Legazpi Street, two rounds in Ayala Triangle then ran all the way to McKinley Parkway and did a round in the road going to Kalayaan and headed back. 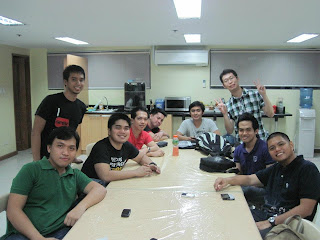 Our photo later on the day. No photos during actual LSD.

We did a total 14k before we had breakfast in Chowking Insular.

The day after our 14k run I decided to join this charity run since our family will be having lunch later in the day so I didn't have to commute to QC on the 30th. The running community supported this run and Team Titans got recognition from having the most team members participate in this run. 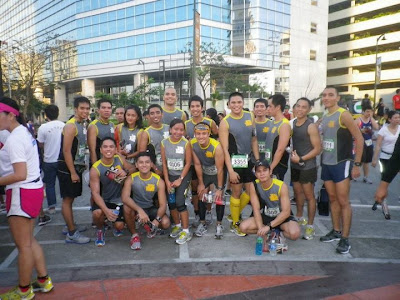 Titans to the Rescue from Titan runner

In this race, I ran with Team Titans. They were really fast. Good thing that the fellow new members ran at my pace so I still got to be part of team pictures as we were running.

Some of my PRC fellow members volunteered as marshals so we still had breakfast after.
Posted by Thirdy Lopez at 4:52 PM