2011 was the year I got bit by the running addiction bug. 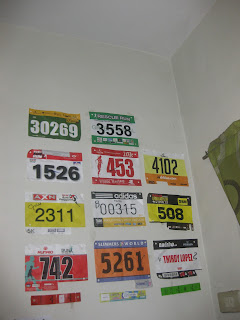 I originally just intended to run one 5k race. That was the goal. It took a lot of finding friends who will run with me until I finally convinced Gelo and KC to accompany me to a race in Ortigas. From there, I loved running and I wanted to run once a month until December came and every week I had a run scheduled.

Here are the events I ran in:

This is one thing I've wanted to try. My dad was a marathon runner in his days but I took a different sport. How much running do you normally do for this on a daily basis?

Hanggang every other day lang ako... :)