Ramblings of a Couch Potato

Today is Saturday and it's raining outside. It's also really windy and (I guess) a typhoon (named Quiel)  is here.

I am a couch potato today.

Although, I woke up early to run for 50 minutes at CCP Complex. A new weekly routine that I decided to do as part of my training for the Adidas KOTR Race on October 23, 2011. Then, I ate my breakfast and slept until noon. I woke up to clean the dishes and decided to be a couch potato today.
I had seen my new TV shows namely Whitney, Charlie's Angels, the Secret Circle and the Vampire Diaries. 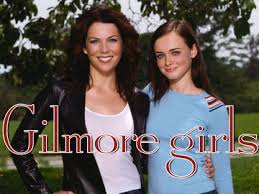 Since I seen them, I ran out of things to watch so I am now watching Gilmore Girls.

I planned a few other things, though. But I am too lazy to get them done. I wanted to go to a blood drive in  Mall of Asia. I even posted it in my Facebook Wall and confirmed at the FB activity. But it ends in 5pm and it's now 3:30pm so I am missing it now. I wanted to go boxing too but I wasn't able to schedule a training since the coach I was texting is now in a foreign country. I'll try again next week.