Catch me If You Can On Broadway

I really should blog my US Trip adventures sequentially but songs from Catch me If You Can is bugging me so much aka LSS(Last Song Syndrome). I just had to blog something about it. 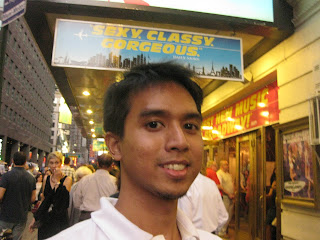 Self photos at Neil Simon Theater

On my last day in the US, I decided to spend it in New York. In our office, long weekends meant opportunity to travel and majority of people would be catching a flight somewhere to spend the Labor Day Weekend so Friday before that weekend was only half day. 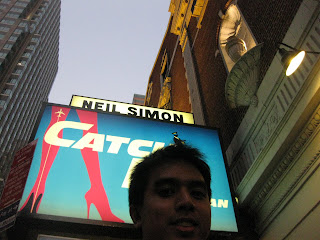 More self photos at Catch Me If You Can venue

To maximize my stay, I asked my boss if I could skip Friday since I didn't have anything important to do. He agreed and so I was free to spend it in New York.

I went to New York on my first week in USA but I wasn't able to see the Statue of Liberty and I wanted to see at 1 more broadway show since it may be years since I return to this country.

So after spending the morning in the Statue of Liberty Cruise, we went to Times Square to check if tickets for "How to Succeed in Business" starring Daniel Radcliffe are still available. Unfortunately, it was already sold out. My original next option was Chicago but the seats weren't that good so my Tito wanted to see if we could win tickets to the Book of Mormon where we didn't win. 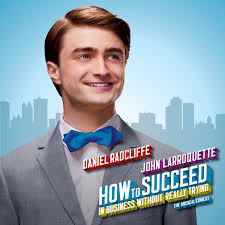 How To Succeed from Google Images

While waiting for the lottery, we checked out tickets from other shows and since my nephew wasn't really interested in watching any other shows. My Tito gave me the option to see a show by myself. I then decided to see either Catch Me If You Can or Spiderman. Spiderman as it will be spectacular with all the flying around but my nephew says the reviews weren't that great. Catch Me If You Can because of Aaron Tveit and it will be ending that same weekend so seeing it would mean I was one of the last people to catch it. Entirely, both would be risks since my uncle had seen any of them.

So we went to TKTS, a group that gives discounts to broadway plays and musicals to fill up seats in theaters. As expected, there weren't any tickets for "How to succeed in business", it starred Daniel Radcliffe so it was bound to be sold out. So we inquired about Catch Me If You Can and Spiderman. Catch Me If You Can had orchestra seats for less than $10 in Spiderman's Mezzanine Seats. Since my Uncle was paying, I choose the cheaper one so he would pay less.

Catch Me If You Can from Google Images

So I was there in New York Times Square excited about seeing Aaron Tveit in real life doing what he does best, singing in Broadway. Although if possible, I would like to see more broadway shows. 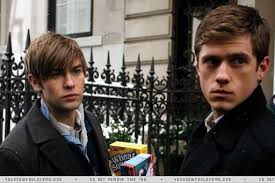 Tripp and Nate from FanPop


Before you even ask, let me tell you who Aaron Tveit is. I first met Aaron in Gossip Girl playing Tripp van der Bilt, Nate Archibald's cousin and one of Serena's boys. His appearance in Gossip Girl made me do google searches on him. I found out he was Fiyero in Wicked in 2008 to 2009. He also played Roger in the Hollywood Bowl version of Rent, where he co-starred with Vanessa Hudgens, Nicole Scherzinger and Telly Leung.

Meet the other stars in Catch Me If You Can 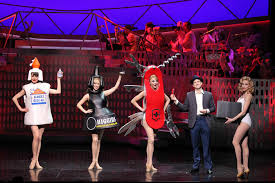 Norbert with the company from google images

Aside from Aaron Tveit, the show also boasted casts like Norbert Leo Butz, who won the 2011 Tony for Best Actor and the original Fiyero from Wicked; Tom Wopat, veteran Broadway actor; and Kerry Butler, from Hair Spray.

About Catch Me If You Can 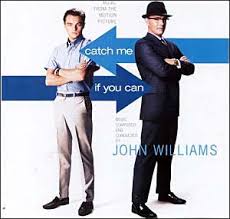 
The Musical is based on the movie Catch Me If You Can which was shown in 2002 and Frank Abagnale's autobiography. It was about a young boy who conned many institution in order to escape his parent's divorce. He runs cons by pretending to be a pilot and a doctor. In the latter con, he meets Brenda, the love of his life. Only to be caught by Carl Hanratty, a detective who is running after him.

I was seated on the left side of the theater but in the orchestra side. The sounds of the production was thrown perfectly in my direction so the ending song, Goodbye was (no words could describe its greatness) but more on that later.

The musical was set in the 60's and true to its first song, live in living color, flashy costumes and sets is of different hues, giving you the traditional Broadway performances with (i dunno the term) hops and tricks from dancers as the cast sing and dance to their songs. It didn't have flying or hanging cast members like Priscilla, the Queen of the Dessert and Wicked had. But Aaron was running around the right side of the orchestra.

Looking back I decided to name 3 songs as my favorite.

The first one being Doctor's Orders which had the nurses singing about wanting to be treated by doctors. It had a sexy theme and the company sang it with great power while they were strutting moves onstage.

The next one is Fly, Fly Away which was sung by Kerry Butler. It was so heartfelt that even crying while singing a line made it so fit to the scenario. Even the lyrics was in the tune of sobbing. It's great. 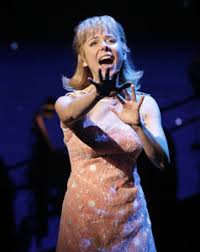 Lastly, Aaron Tveit ending the show with Goodbye which signifies Frank Jr. getting caught but he wasn't giving up without a fight. Before he gets defeated he declares success by ending the show before it even ends with this song. I would have screamed if I had the energy when I saw that. 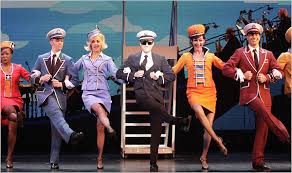 Last to see it in Broadway 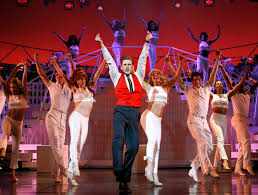 Lucky for me, I was able to catch it before it ended in its Broadway run on September 4, 2011. I saw it on September 2, the last Friday show. The orchestra was full. Good thing I was alone so finding a seat was easy. I was trying to decipher how great was it since I saw it then. I just knew it was great. The cast was phenomenal but it was an acquired taste (because it was set in 60's and the music was pre-rock). After getting to know more elements of the show, I agree with the reviews, It was a "spectacular spectacular!" (From: New York Magazine)
Posted by Thirdy Lopez at 3:40 PM

Email ThisBlogThis!Share to TwitterShare to FacebookShare to Pinterest
Labels: broadway, Catch Me If You Can Musical, happy, Musicals, New York, Thirdy, thirdylopez