I would like to wish everyone a Happy Easter!

I hope everybody had used this time off to rest, sleep and unwind whether on the beach, up a mountain or in the comforts of our own home.

The first three lines are dedicated to everybody except our stupid and deranged President, GMA.

I hope you die soon! I hope you trip and your head falls off.

You don't have a brain and you own no consistency for that I wish a plane lands on you squishing you until your last breathe.

I hope one of your body guards steps on you and you instantly lose youre breath and die.

May the devil take your living essence.
Posted by Thirdy Lopez at 12:12 PM 0 comments

How to fix a perfect cube?

Step One:
Throw the cube toy away.

Step Two:
Try and try again until every piece breaks off..

Step Three:
Arrange according to Color

Variation:
Instead of removing the blocks, remove the stickers.

Another variation:
remove Steickers, now they all have the same color..
Posted by Thirdy Lopez at 9:48 AM 0 comments

I'm a straw without strength..

All I want to do is to sleep..

Is it ok? It should be this is me vacation!

Now I'm bored but I'm too tamad to move or do anything..

Guess, I'll take another nap later..
Posted by Thirdy Lopez at 11:59 AM 0 comments

If I knew three people would be applying for the position of President..

I would have run..

I'm not sure if I'll win but the experience would have been great..

If I won, the opportunities would have great..

But I choose to be committed so here is my life..

It doesn't suck.. C'mon I'm thinking that I should met some of these people a year ago then my organization would be the best..

And my EB wasn't much help so I had to settle for improvement..

Now, I have the best people.. WE WILL ROCK this UNIVERSITY!
Posted by Thirdy Lopez at 4:28 PM 0 comments

I applied for the BA again..

Despite how boring and ineffective my experience in the BA was...

I still applied for it again..

Guess it's calling to me and I replied to this call by sending out an application..

I applied for either positions:

I think I wanted a better position so that I can grow?

HEHEHE.. Whatever.. It's still up to them to appoint me to the position..

BTW: I thought of applying for the Computer Studies Assembly but the thought of being under somebody younger that me freaks me.. So no to CSA..

Funny.. Wait till you meet the CSO Executive Board...HAHAHAHAHA!

She’s not that stupid. She’s playin’ You!

And You’ll love them despite it..

Why can’t we smile and get what we want?

That’s life you have to face it!

I can’t sing about having sex and earn billions of dollars..

There’s nothing to it if I clean a car..

I’d be disgusting if I each chicken out of a bucket..

Is this what comes out of boredom?

Anyway, I wanted to bash her and praise her at the same time..

I guess my thoughts are all over this place..

WHATEVER, JESSICA SIMPSON…
Posted by Thirdy Lopez at 3:33 PM 0 comments 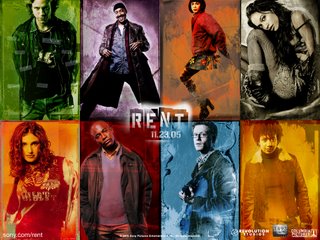 Rent is one of the longest-running shows in broadway. It tells of a story of 6 bohemians.. Blahblah.. struggling for their craft and battling AIDS..

If anybody who knows me care to invite me to watch this show on Broadway, I'll be happy to accompany you! Just take care of my pamasahe and other things.. I'll be a good boy the whole trip..

On The Girl who played Joan

I tot she was part of the Broadway cast yun pala she’s a TV actress.. For me, hands down ako sa performance niya. I tot part talaga siya ng broadway cast.

Hands Down! Lalo na sa guy who played Mark.. No wonder you won Tony’s Hands Down! Mabababoy siguro talaga yung movie kapag pinasok mo sila Justin and Britney. Wise decision on Chris Columbus’ part when he realized that the original cast would be perfect for the RENT MOVIE roles..

On Angel and Benny

On Joan and Maureen

On Benny and Mimi

Boy meets Girl.. Girl seduces Boy.. Boy turns down girl.. Boy gets over former girlfriend who took her own life upon discovering she has HIV.. Boy finally leaves apartment.. Asks girl out.. They both discover they both have HIV.. They pledge to be with each other.. Girl gets with Benny after Boy discovers she didn’t quit taking drugs after All.. (And I tot Benny’s married..)… Boy leaves and returns.. Girl if found, dies and lives again.. Movie Ends..

I’m blaberring.. Just buy the DVD and see what it is all about…